SUVs Coming in 2022: SUVs Worth the Wait 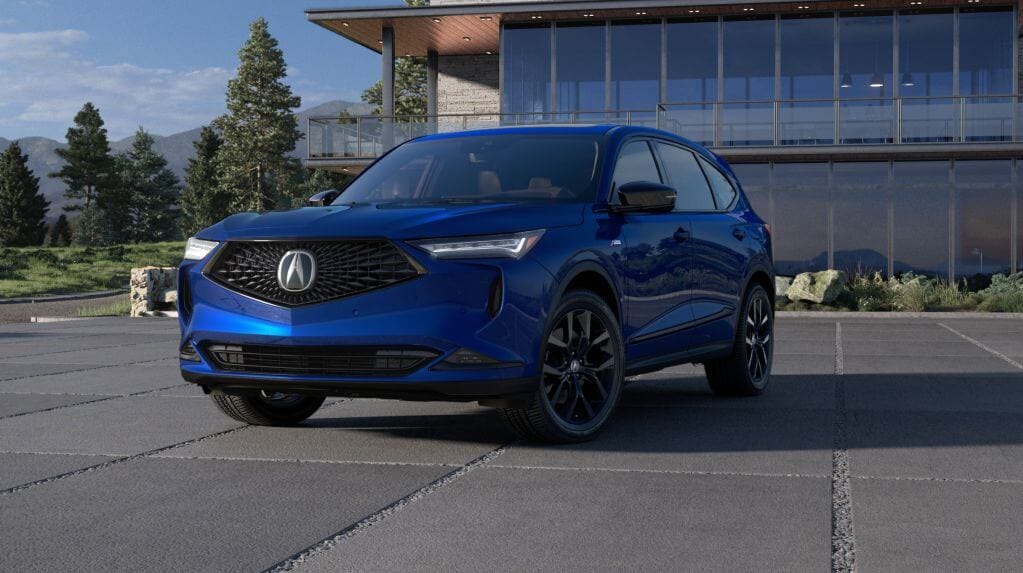 The evolution of automobile design, technology, and features may not be as rapid as that of a mobile device. Each month, we virtually always discover a new gadget. However, the change will occur as 2022 approaches. Numerous automobile manufacturers are preparing to introduce their latest innovations to the market.

Here is a list of Top SUVs that we believe are worth the wait for their release. They received new additions and enhancements, providing you with a unique experience and, of course, a better vehicle to ride in. I’ve also written on SUVs scheduled to be introduced in 2023 and beyond; be sure to check out my piece titled 2023 SUVs Coming Out.

MDX, the brand’s best-selling vehicle, will return with a new generation next year. Acura stated that this new model would offer improved performance, increased luxury features, and a larger size.

Many individuals, particularly those who are passionate about MDX, have high expectations for this new edition. As we all know, this car became Acura’s best-selling model last year, with approximately 50,000 units sold. That is about a third of the total number of cars sold by this brand.

What’s new for the Acura MDX in 2022? Generally, it will retain the same V6 engine as the MDX from last year. It features a 3.5-liter engine with 290 horsepower. The nine-speed automatic transmission, on the other hand, will be replaced by a new ten-speed transmission.

Now, if you want an electric car that can do the same functions as a conventional car, you may wait for the new model from General Motors and Cadillac. Both firms designed the new Lyriq to appeal to automotive enthusiasts seeking a fresh experience with a fully electric vehicle that delivers comparable performance to a gasoline-powered vehicle. The automobile is capable of 300 miles of normal driving before requiring recharging. This is an appropriate number for your daily activities.

In terms of style, it is pleasing. This time, they place a higher premium on interior design. As a result, when General Motors unveiled the 2022 Cadillac Lyriq, we were taken aback by the vehicle’s sleek and gorgeous interior.

Jeep has been developing this vehicle for an extended period of time. The first spy images revealed the 2019 Grand Wagoneer’s full-size SUV type. However, the most recent information indicated that it will be significantly smaller than the initial or prototype version.

What we prefer is the new lighting elements, which have a more realistic style. Additionally, the simplified grille adds to the elegance of this new car.

Even though we lack specification details, we anticipate that this vehicle will feature a similar engine to the Ram variant. As a result, it will be powered by a V6 3.6-liter engine.

We’re not sure if the new Volkswagen Taos will be crossovers or SUVs. However, we can view it as a new synthesis of those two categories. The dimensions are less than those of the Volkswagen Tiguan, which is renowned for its diminutive dimensions. Despite this, it boasts a lot of cargo and back seat room. Alternatively, we may refer to it as a crossover on the outside and a nice SUV on the inside.

The 2022 Volkswagen Taos will go on sale in the spring of next year. Of course, we’ll discover what type of engine and other characteristics were installed in this car at the time. However, if we had to guess, it will feature a similar powertrain to the brand’s other compact SUV.

Hyundai introduced the most recent Tucson in 2015. Thus, the 2022 version of this model will be the most recent. According to this company, the next version will be updated to better meet the needs of customers and the trends of the year in which it is introduced. They introduce numerous new features, including a new style, a new powertrain, and an entirely new interior design. Additionally, it is available in two drivetrain configurations: FWD and AWD.

It’s a terrific option if you’re looking for a new and fresh start with your next car purchase. The design satisfies your need for beauty and a fashionable appearance. Additionally, do not overlook the performance. It will primarily continue to use the engine found in the Sonata N-Line. As a result, expect a 2.5-liter turbocharged engine with 290 horsepower under the hood.

For those of you who adore Kia’s Sorento vehicles, your wish to see the new version of this model will be granted. Kia has already begun planning the 2020 Kia Sorento’s debut next year. Additionally, Kia’s engine is a hybrid system.

The hybrid system consists of a 1.6-liter turbocharged four-cylinder engine and a 67-kW electric motor. The electric motor will be powered by a 13.9-kWh battery pack. Combining these two components results in a significant boost of 261 horsepower, which will propel this automobile down any road on which you take it for a spin.

The new Volvo SUV is called the XC100. This new XC90 will feature a larger body than the previous model. It is 30 centimeters longer, reaching 5.2 meters, and is thus larger than the BMW X7. Additionally, you gain additional interior space as a result of this large body.

It appears as though the coming year will see an increase in the number of cars focused on offering the most comfortable ride possible for their owners. Volvo will follow suit with this series as well. SUVs will not be limited to being powerful vehicles capable of traversing a variety of terrains.

Chevy Equinox will receive a facelift for the new 2022 model year. However, do not be misled by this. Even if this is merely a refurbished version of the previous Equinox, we can tell you that it has added new features. We can refer to it as the updated version of this model, as it is well-suited for this worth-waiting-for-SUV list.

Perhaps the most remarkable feature is its face. It now has a new look thanks to the bigger grille. Additionally, the narrower and thinner headlight gives more highlights to the vehicle’s front side. We can predict that it will have a more aggressive appearance than the previous model.