The Worst SUVs Ever Made 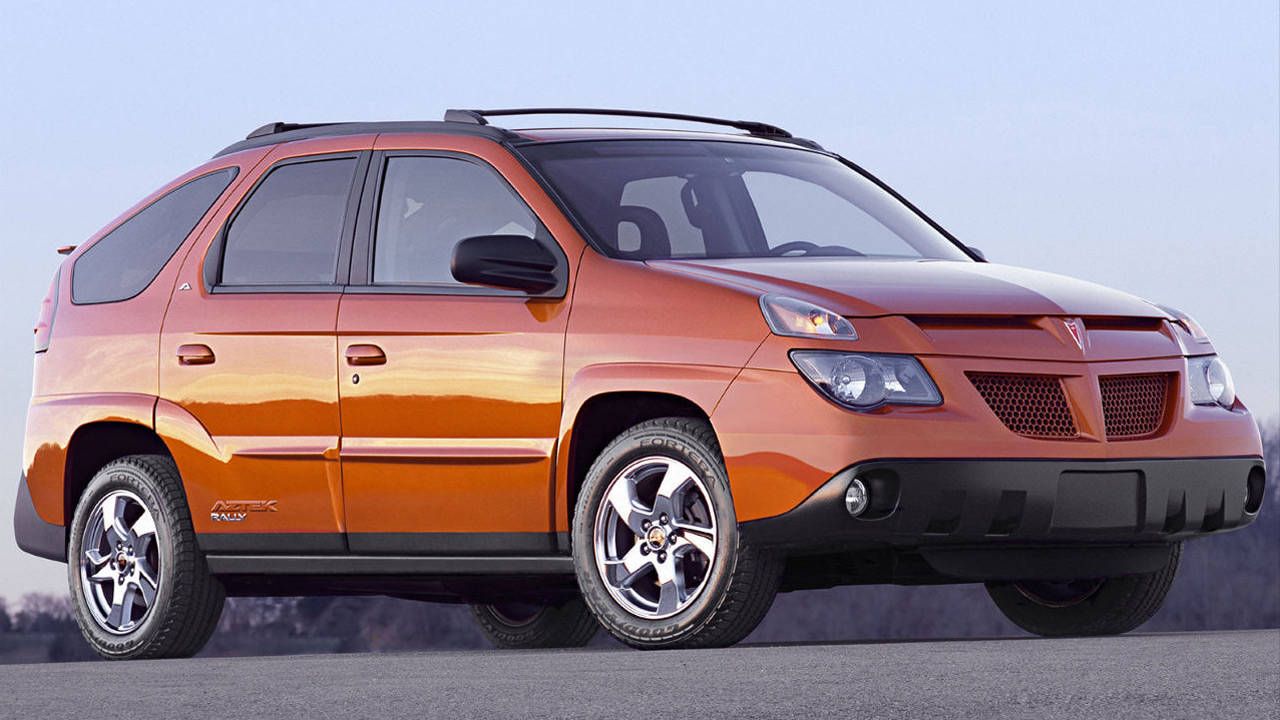 SUVs basically started with the appearance of the Jeep, which is the true American General Purpose Vehicle that made its reputation during World War II. Ever since then, SUVs evolved. This includes fuel economy, appearance, performance, and usage.

Unfortunately, many of the innovations were not that great. Many SUV duds appeared and the truth is that they never should have been built. Eventually, SUVs became soccer-mom-mobiles as they were mostly used by women. Nowadays, SUVs are very popular among all segments.

While the popularity of SUVs is really high, let’s just focus on those models that should never have been even approved for selling.

Famous celebrities loved the Cadillac Escalade when it was launched but the truth is that the SUV was very bad. Right now, it is worse than ever. A brand new one costs around $75,000 and you only get 15 miles per gallon. With the earlier models, fuel consumption was 11 miles per gallon. When you get add-ons for the SUV, you get really close to $100,000, which is a lot.

The Cadillac Escalade is flashy, with an outdated interior, and bulky. While a revamp might fix this, the SUV is still quite worthless.

All reviewers agree that the Acura ZDX is a horrible luxury SUV and a very bad car. At the same time, it is a very ugly-looking SUV. While some fans say that the design is sporty, it just lasted on the market for 3 years as it was just not attractive. Performance was good but many joked that ZDX is an acronym that meant “zero demand expected”.

When you buy a new Jeep Renegade, you just pay around $22,000 but the affordable price tag is not really a reason why you should pay. This subcompact SUV is very small and the reliability score it got was very low, just 2.5 out of 5. The powertrain lacks true refinement and there are fewer standard features that are included when compared to others.

On the whole, this is just a bad SUV. It should not really have been built. The single good thing with this one is that it has some pretty good off-road performance. Even so, it is not as great as the competition.

Just as with the Jeep Renegade, Dodge Journey had some very bad reliability scores in the US, just 2 out of 5. The overall score was also bad, only 6.6. The design has been practically the same ever since the 2009. Due to this, it is horrible when compared with the more efficient, newer models. When looking at midsize SUVs, this vehicle is the very last to be considered and we can say that all the others in the same segment are better.

This affordable SUV with 3 rows has to be seen as a pretty bad SUV. It has a 6.9 overall rating and a reliability rating of just 2.5. The only great thing about it is the warranty.

Row 3 of the Mitsubishi Outlander is very tight for adults while the engine has just 3 cylinders and 166 hp. The hybrid plug-in setup has a range of just 22 extra miles, which is horrible. All alternatives are much better.

Fiat is great at making smaller cars but the Fiat 500X is definitely not that. It is a crossover that is larger than most of the vehicles and smaller than SUVs. You should just avoid buying it because of the very weak powertrain and the cramped seating. At the same time, it does not look much like an SUV. It has 2DW, small wheels, and more bad problems. You should get a car if this is what you want.

The Honda Element is a frail, weak SUV. It was removed in 2011 after 8 years of miserable performance. Its design is cube-shaped and weird. This was because it was based on the Honda CR-V crossover. It runs very bad and is ugly. As time passed, some minor modifications led to mediocre improvements, but not enough to increase sales. It definitely did not help that the bodywork is plastic.

It is hard to see a list of the ugliest SUVs without this one presented. This short-lived SUV was created based on the Dodge Durango. It was the very first SUV created by Chrysler but it should have never actually been launched. Just a few hundreds were sold and the model was short-listed. The wheel arches were terrible and the grille was just as a Mercedes from the seventies. Even the powertrain was very weak.

This is another SUV that had a very short life. It was simply hideous and driving it was such a huge problem. The vehicle was only built between the years 1997 and 2001. In the US, the SUV was just available for 2 years. The name was very badly chosen and the design was bad. This SUV debuted in 1993 at the Tokyo Auto Show. Then, it was mocked with the name “fish-faced”. While the engine was not terrible, this is the best thing that can be said about it.

While we can argue some things about the past SUVs mentioned, from now on everything is undisputable. The following SUVs are simply horrible. The Dodge Nitro is a boxy SUV that appeared in 2007, right before we saw the collapse of the auto industry in the US.

Nitro has an awkward interior that is really cramped. Then, the motor is underpowered and handling is not at all responsible. This SUV should have never been manufactured. It is a huge surprise why it lasted for 5 years before disappearing.

Ever since it was presented, the Suzuki X-90 was an obvious bad idea. It is a two-seater and nothing like what an SUV should be like. Your seating position is not that much higher than a regular car so protection is lower than with the SUV.

Dimensions were really small and performance output was simply terrible. This is why the SUV just made it to the market for 2 years. While there are some fans that call this car cute, the truth is that it is atrocious.

Hummer H2 appeared because there was a huge demand for it when it was launched. The problem is that this SUV was way too big, was horrible when it went on gas (just 10 miles per gallon) and was a huge disaster.

H2 appeared a little after 9/11 and Americans were then obsessed with the use of oil. It is a certainty that this vehicle is among the worst ever and from a PR point of view, it was a true catastrophe for GM. Fortunately, H3 was just a tad bit better.

The first horrible thing that can be mentioned about the GMC Envoy XUV is that it has a horrible retractable roof. It also had very bad cargo capacity, was too big, attempted to be a pickup without pickup qualities and performance was weak. GMC also made the mistake of using breakable glass round pickup beds, making this SUV an incredible fail.

When it comes to the really large SUVs, this one instantly stands out. It is actually the largest of all the SUVs that were mass-produced in the world. It actually weighed over 7,000 lbs, with a length of 19 feet and a height of 6.5 feet. This is a vehicle that should have never been on the road to start with but it was still created. Fortunately, the only thing that remains is an episode of The Simpsons in which the Ford Excursion was mocked and christened “Canyonero”.

It is very hard to argue with the fact that this is the worst SUV ever made. In fact, many specialists mention this one as the worse vehicle ever created. Due to how horrible it is, there is even a cult following behind it. Besides the horrible appearance, the Aztek also run very badly and was sub-par in every aspect, off-road and on-road. You can easily hate it and be right.