The new European Honda CR-V debuted on September 27th 2012 at the Paris Motor Show. This is the fourth generation of Honda CR-V 2012.  A new generation that comes with a renewed aesthetic, with new solutions for its mechanics and safety. As for its aesthetic level or its interior it is a “great hope” for the brand.

In its development Honda has emphasized three pillars: efficiency, functionality and safety

The new model which we have already announced was introduced at the Paris Motor Show by its mechanical 4×2, directly to meet the demand of a public that does not need AWD (All-Wheel Drive) and can access the model at a lower cost, without penalty of consumption of 4-wheel drive and benefit from all the advantages of this new generation. 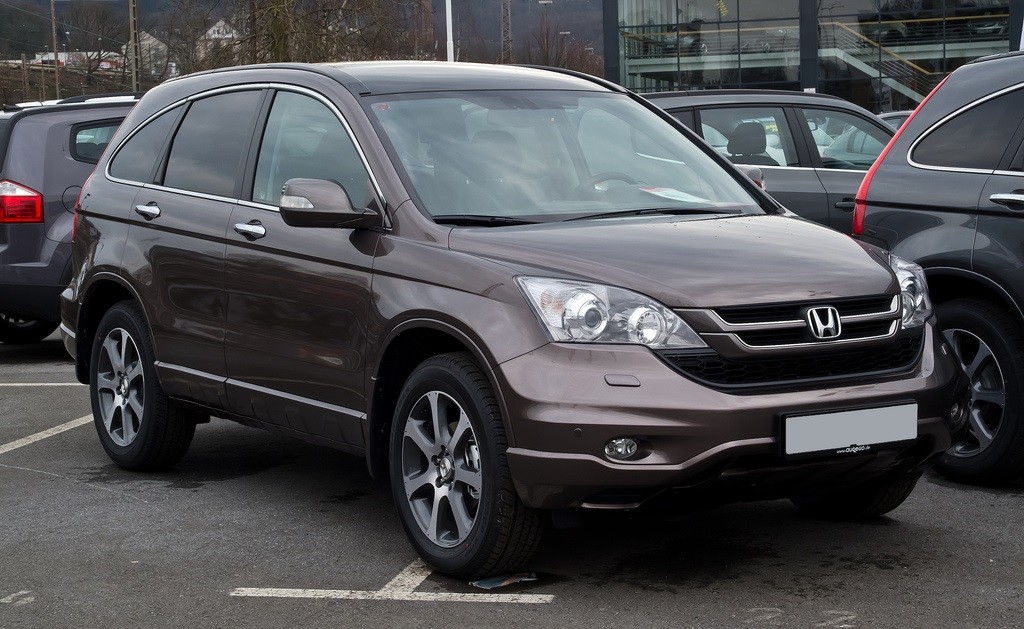 The new model is called a perpetuate saga that has been present in Europe for 15 years and has won 142 awards throughout its history. Curios fact is that 97% of the Honda CR-V 2012 sold in Iceland are still operating. Honda has meant net sales of 5 million units. This model is being sold in 160 countries and is a key model in the Honda range.

But also supposes the arrival of a breath of hope for the brand. A breath to keep figures in a market and an industry in crisis, thanks to a certain level of stability experienced by the SUV segment. Also along the arrival of the new Honda CR -V, the Japanese company relies on the introduction of a mechanism in the range 1.6 Diesel.

Optics, a new sunroof or electric gate are the main changes to the U.S. and Japan versions

If we compare the European version with the Japanese and the American ones, we find adoption in:

–          A tailgate electrically opening and closing (via remote control or via a button on the own gate) ,

Taking the third generation of the Honda CR-V and the new generation one, we find an aesthetic enhancement with features much more actual. It is more dynamic, with a grill much more flattering, like the optics, both front and rear or frame side windows. Certainly I think we can all agree on the substantial aesthetic improvement of this new generation and the cohesion in the same time, while taking into account the evolution with the previous generation models.

The new Honda CR-V has a length of 4 570 millimeters, making it five millimeters shorter than the previous model. Its height is reduced by 30 mm, remaining 1 650 mm, while the distance between axes is maintained. Despite these smaller dimensions there is a noticeable negative impact inside.

The trunk grows in 60 liters. That leads to almost 590 liters of loading. It shows efficient and fast enough new system of seat folding that increase its capacity to 1 669 liters.

This new generation improves by 10% the CO2 emissions compared to the outgoing model and is with a Stop & Start standard on all models with a manual transmission. The aerodynamics were improved, the bending rigidity (by 7%), as torsional stiffness (by 9%) also were improved. It is important also that incorporates security systems such as Lane Keeping System LKAS, the adaptive cruise control, and the system impact mitigation and of course stability system and traction control, airbags (front, side and curtain) and ISOFIX anchor points.

As for finishes, we find 6 levels: Comfort, Elegance, Lifestyle, Executive, Luxury and Innovation. From the level of access to the range, the Comfort finish, we find details such as alloy wheels of 17-inch, dual climate control, USB jacks, cruise control or color screen 5-inch i-MID.

Upon arrival reach the Executive finish. And we find ourselves with a panoramic sunroof and an electric gate; remember that these are details for the European market, leather upholstery, electric seat with driver memory and keyless entry and start. Above the Luxury finish adds the GPS Navigator and Adaptive Cruise Control (ADAS).

During the presentation Honda gave no exact figures of the price of the new Honda CR-V, which will start with the shipping in November this year. Currently, as a reference, the petrol range starts from 25,075 euros, reaching up to 35,575 euros, while the diesel range is from 25,900 euros to 38,100 euros.

During the test, the diesel engine was tried, 2.2 i-DTEC of 150 hp associated with a 5-speed automatic transmission (the manual transmission is 6 relations), with AWD. But for all the details on its dynamics, feelings about appearance, finish and details of its interior, its aesthetics and conclusions you must await the second part of this contact, do not miss it.