Ever since being introduced at the 2013 Detroit Auto Show, The Volkswagen Teramont became a big player in the SUV industry. The 2017 model is living up to the hype. Although when looking at the design it is not that much changed, we do have an SUV that we want to look at.

There is a little tweak in the exterior of the 2017 Volkswagen Teramont. We have the same twin bar grille and the squared off wheel arches. However, headlights are squarer with strong LED accents. We have a front end enriched with various chrome accents and the fog lights feature a trapezoidal surround. Front bumper is revised and includes satin chrome.

When looking at the interior, some modifications can be seen. There are still 3 rows with seats and a part of the advanced details are lost, although the new center is now a 2 piece job that does look attractive. You do have enough leg space in the second row but we do not know much about the third row. 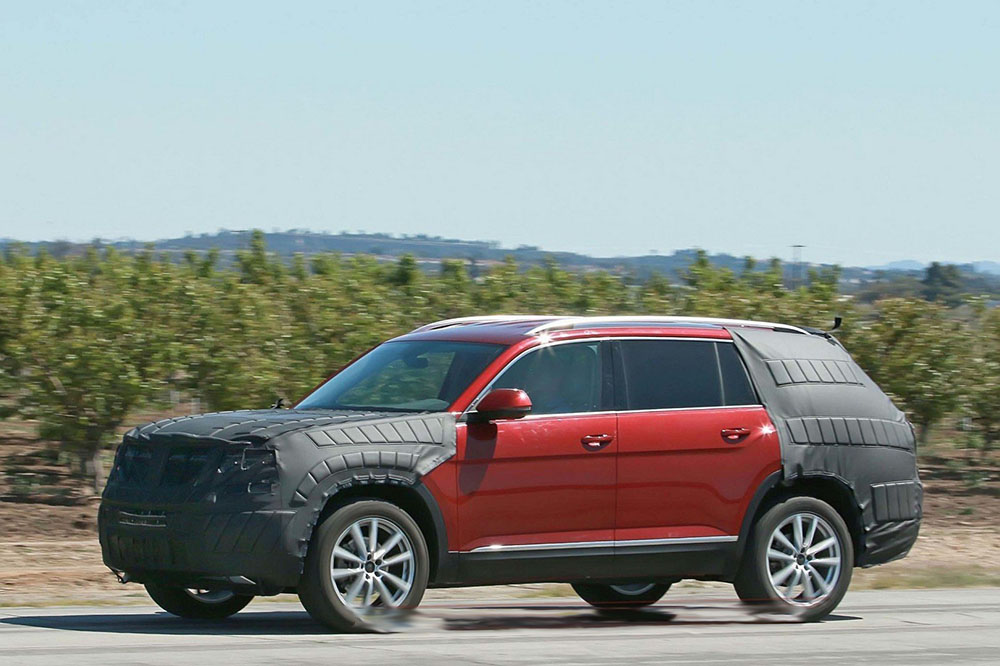 Different powertrain options will surely be available for the 2017 Volkswagen Teramont. We do expect a hybrid diesel-electric engine to be included in the future but with the official launch we will only see a TSI turbocharged 4 cylinder 2.0 liters engine. V6 gasoline and diesel will be included. According to NA specs, there are 238 hp that are expected.

Speculation says that the 3.6 liter V6 TFSI Toureg engine will be offered but Audi’s 3.0 V6 is also a possibility. That engine in particular is attractive since it offers 328 hp. When looking at transmission, dual clutch, all wheel drive and front wheel drive should be available with all the trims.

At the moment we do not know anything about the price tag associated with the crossover but pricing details should be announced pretty soon, with an estimation of around $30,000. Since we talk about a model that has the 2017 tag, the debut is expected at the Detroit Auto Show in January 2017. We expect to see the sale starting during the Spring of 2017.

The 2017 Volkswagen Teramont should be seen as a family hauler. The competition that is visible for this SUV is definitely Hyundai Santa Fe and Toyota Kluger. Keep in mind that the US version will definitely have some different specs.