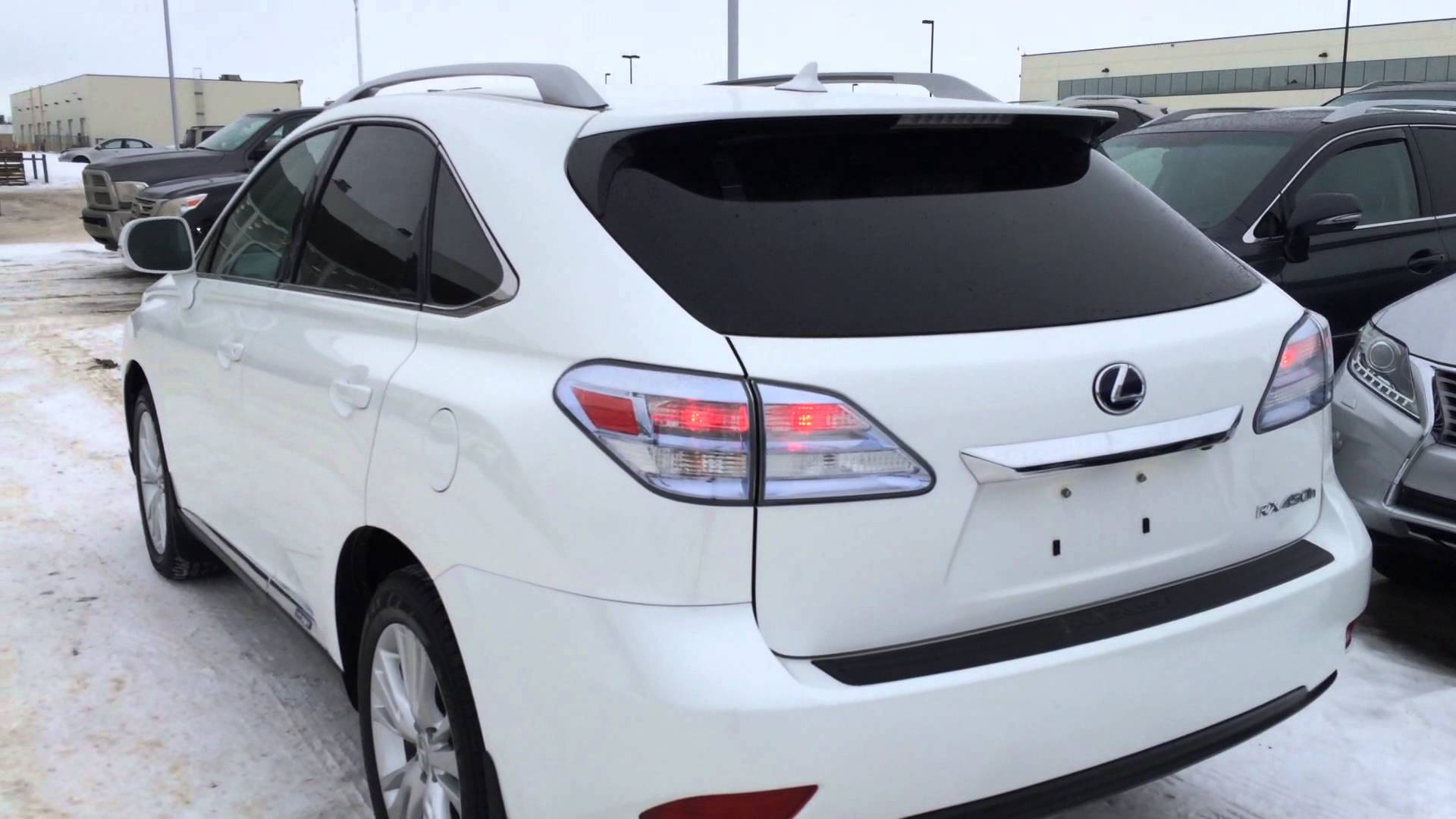 Nowadays, you see SUVs everywhere on the road but few people think they can actually afford to buy one. When the budget you have is limited, normally around or under $10,000, the common perception is that it is impossible to buy a great SUV. This is completely incorrect.

Below you can find some really good recommendations for used SUVs that are available right now. However, be sure that you do test drive some options in order to properly compare characteristics appearing with these SUVs since they can be quite different. 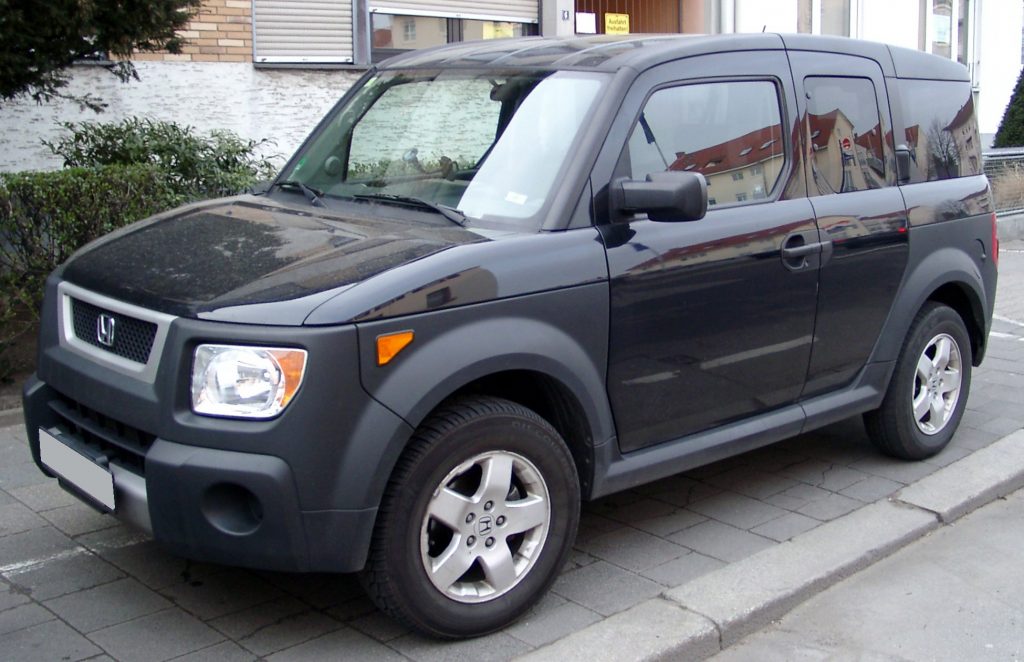 The Honda Element is conservative but quite quirky. It is boxy but all-purpose. You might love or hate the unique door layout. We are talking about an SUV that has four doors but the rear doors are just half, hinged to then fold out after front doors are open. This does reveal a pretty wide opening so you can easily insert pets, boxes and bikes from the SUV’s side. Also, you will find it easier to clean the vehicle because of this door system.

With Honda Element you get enough cargo area through a boxy design that is really effective. Fuel efficiency is high and you do get a good all-purpose vehicle. 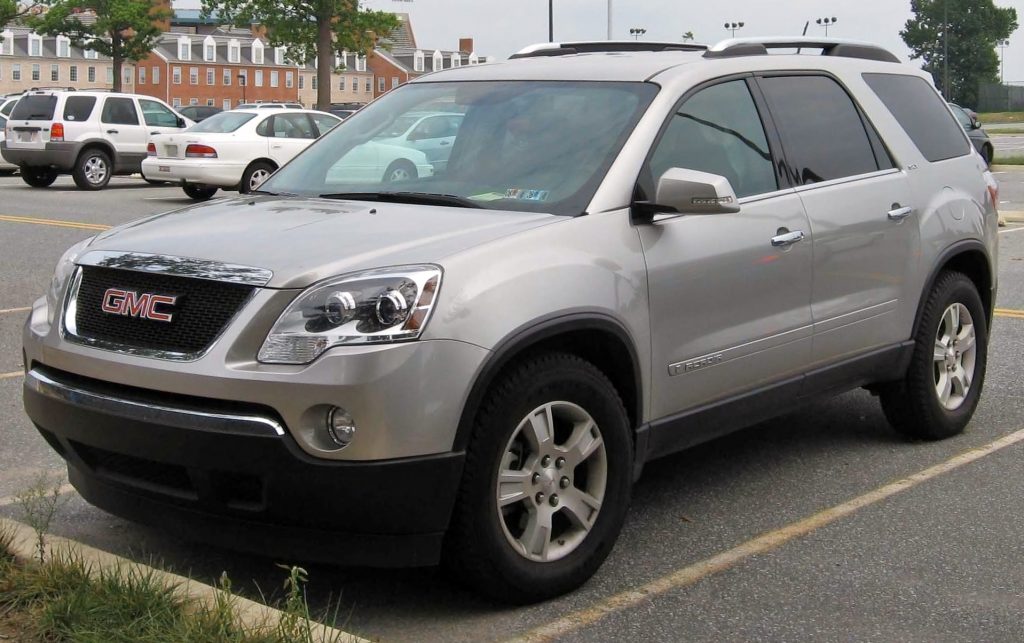 GMC Acadia was based on the Lambda platform. It is full-size and shares the platform with the Chevrolet Traverse, Saturn Outlook and Buick Enclave. You get seating for a maximum of 8 people, get AWD and have access to surprising comfort. On the whole, if you are looking for an alternative to the minivan, Acadia is a good choice.

With GMC Acadia you get 288 hp, thanks to a V6 3.6 L engine. The towing power is 4,000 pounds, which is great for toy trailers, campers and even a small boat. You will easily find parts because of the fact that the platform is shared with many General Motors vehicles. 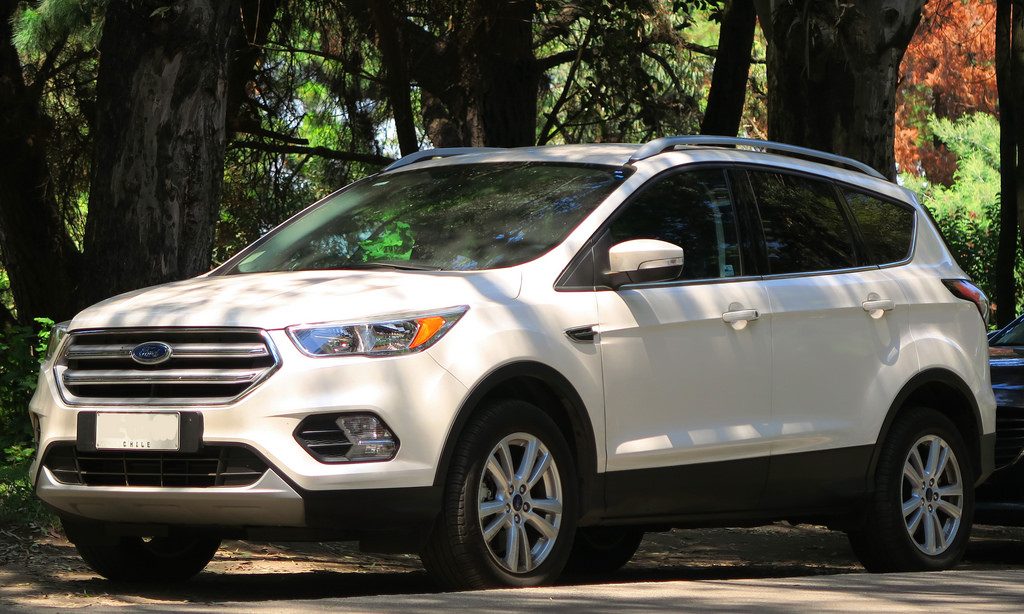 Ever since it was introduced to the market in 2000, Ford Escape has been a very popular and quality SUV. The best used option is any model coming after 2013, with many such SUVs being available for around $10,000. The third Ford Escape generation includes EcoBoost, MyFord Touch, keyless entry and much more. This actually makes it perfect as a city SUV.

With Ford Escape you get a really good mix of fuel efficiency, practicality, reliability and capability. A great part of this SUV is that there are so many around the world. It is not hard to find one in the desired color and with the features you want. Parts will also not be a problem. 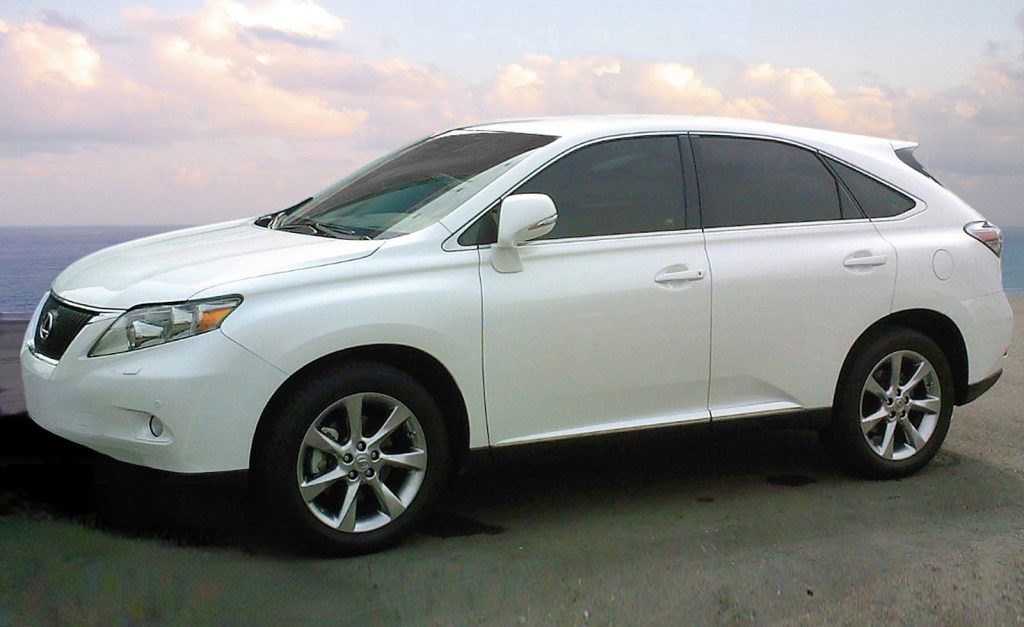 RX offers both FWD and AWD, together with a lot of luxury. 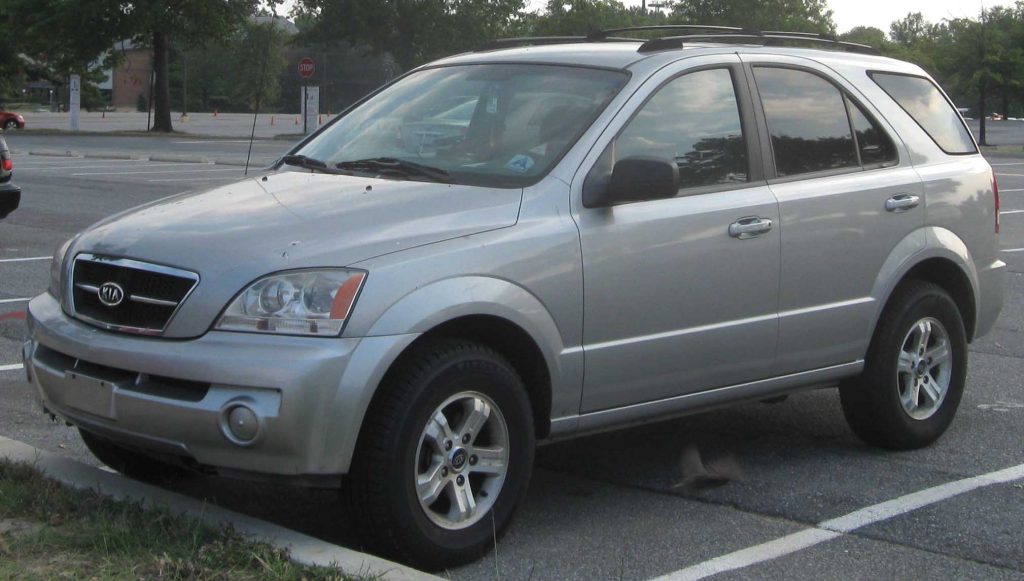 When the second Kia Sorento generation appeared on the market it offered tremendous value. This is also true now when we look at it as a used SUV. You get 2 4 cylinder engine options that deliver 191 or 175 hp. Alternatively, you can choose the V6 that gives you 576 hp.

Kia Sorento has a stylish, angular design with 7 seats. Based on trim, you can get perforated leather, the UVO touchscreen infotainment system, heated second-row seats and keyless entry. Sorento is Kia’s low cost alternative to the vehicles coming from both American and Japanese customers so you should not be surprised to see that there are many highly affordable ones on the market right now. 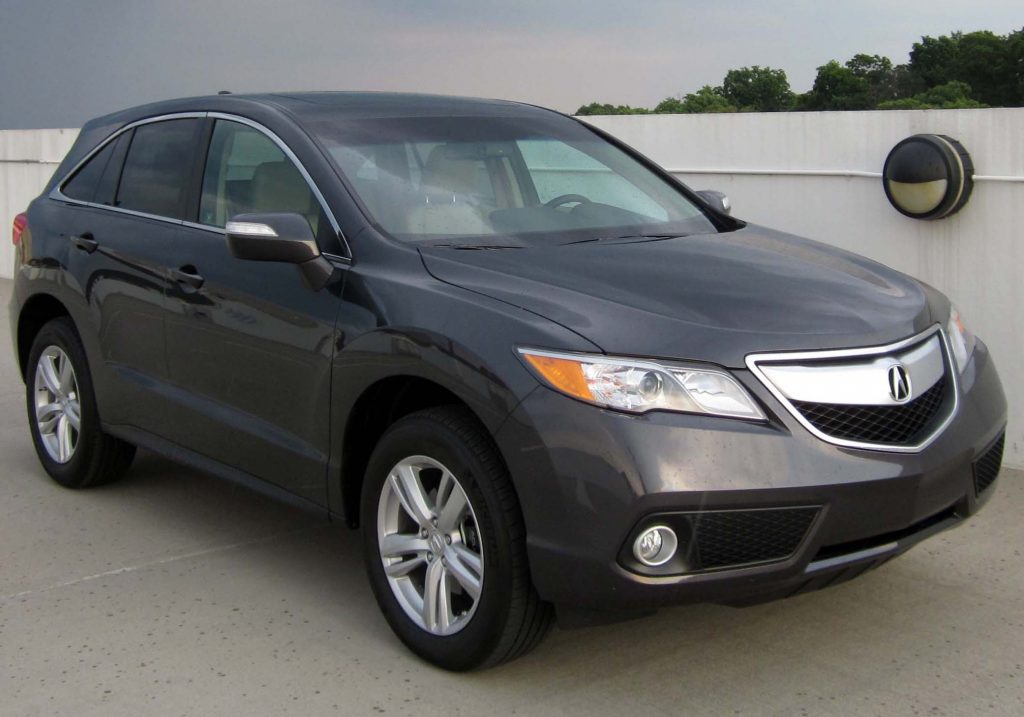 The very first Acura RDX generation is even now a wonderful SUV. It is quick, nimble and highly engaging when driving. Its engine was designed around fun-driving, offering highly athletic handling that is really useful in a city. This is something that is not true with many of the economical small SUVs on the market.

The only real problem with the RDX is that fuel economy is not that great. However, it is smaller than other luxury compact SUVs, all while offering pretty good interior storage. Try to find an SUV with the Technology Package included so you can also use Bluetooth, a great speaker system and a backup camera. 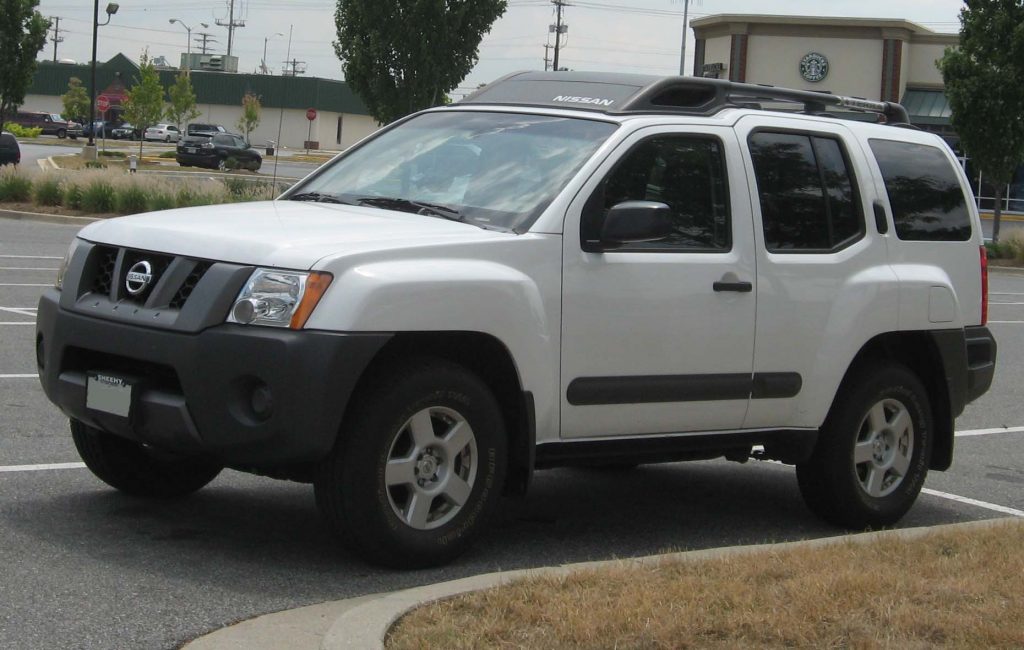 Xterra’s second generation is a really good used SUV that has high value, even according to today’s standards. It never actually gained the 4Runner’s popularity and is no longer produced but this can be a good thing for you since it means Xterra suffered a big depreciation. At the same time, many components are shared with the Frontier pickup so parts will not really be a problem. Xterra was designed to go off-road, being perfect for owners that want to get away from the city during weekends. 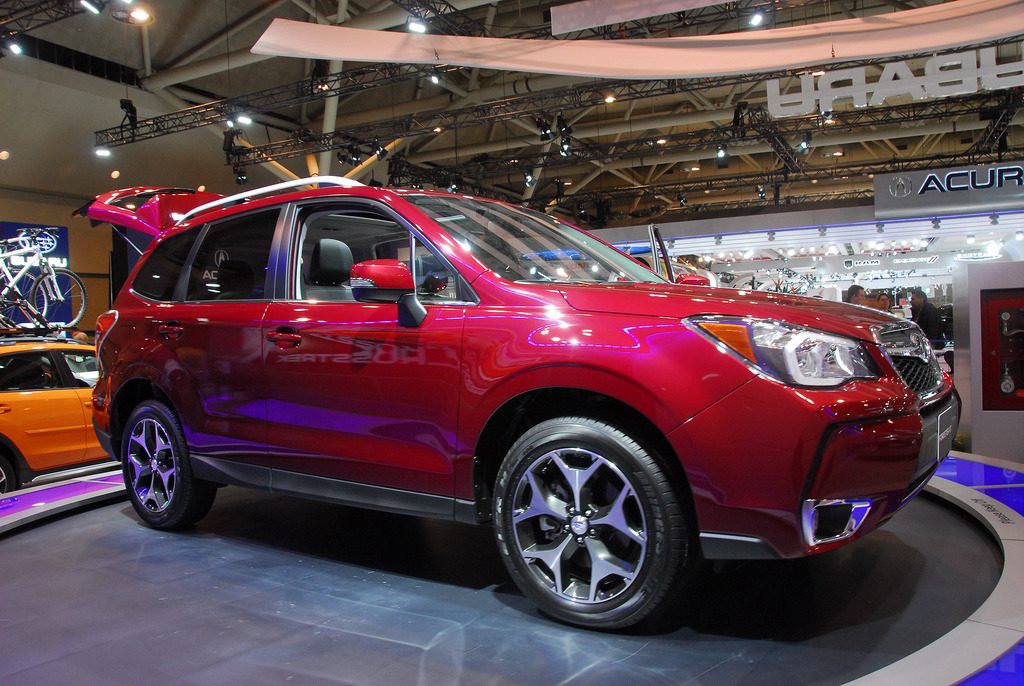 Last but not least, Subaru is well-known for really smart utility. The Subaru Forester simply needs to be added to the list of best cheap, affordable used SUVs you could buy in 2018. We are mainly talking about third generation models that now have a selling point of around $10,000. Make sure you check the engine since there are 2 options. One of them is economical but the other one is much more fun to drive.

Some of the standard features you could expect include 6 airbags, manual transmission, hill-start assist and very good breaks. The only problem is that the gearbox is just a 4-speed automatic. Also, the interior is mostly dominated by plastic so you might not like that. If this is not a problem though, you will love the panoramic sunroof, if you can find it, of course.

The affordable SUVs listed here are great used options for when you have around $10,000 to buy a utility vehicle. Obviously, many others can be mentioned. Do you think we missed one? Let us know through a comment.