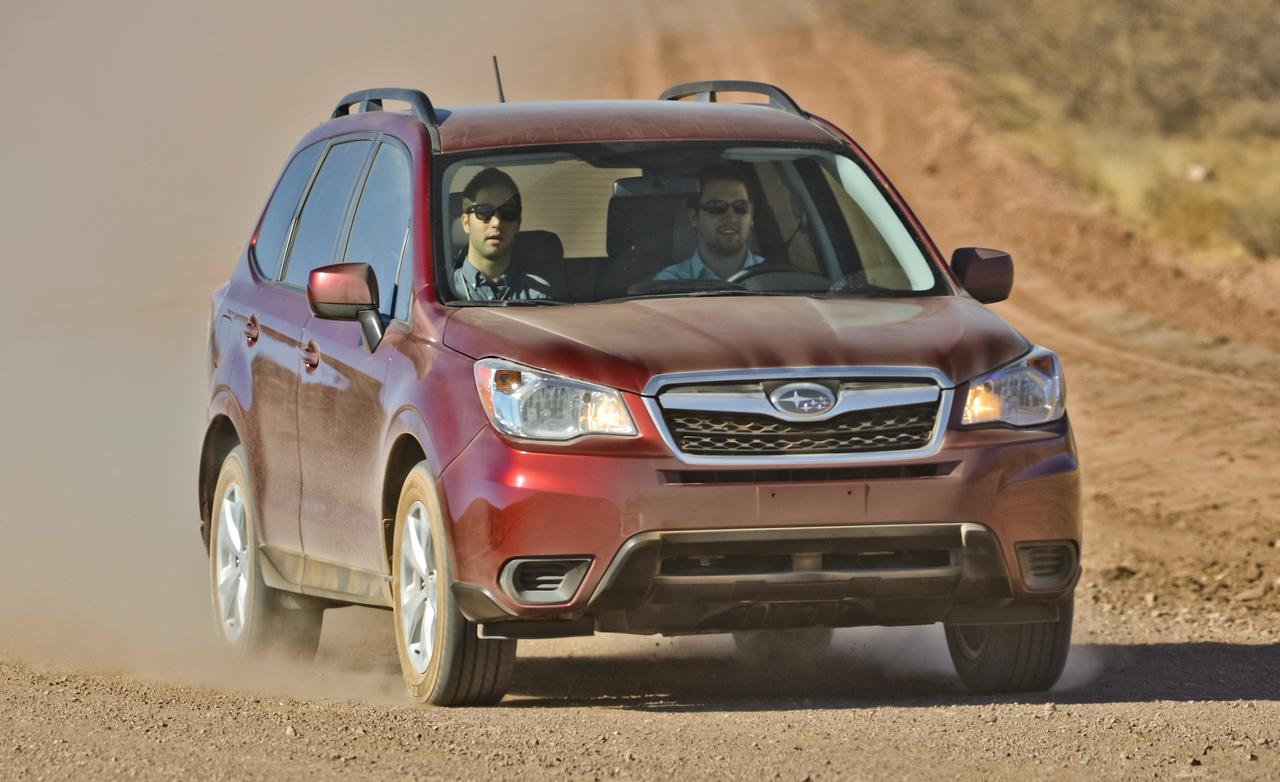 Credit for the car based crossover SUV is the Subaru Forester. The 2014 model is quite proud as it is sleek, redesigned and looks great when put next to the competition, mainly formed of the Honda CR-V, Mazda CX-5 and the Ford Escape. We basically have a styling revolution that will mask an even more interesting brand new turbo engine, coupled with a fresh transmission. 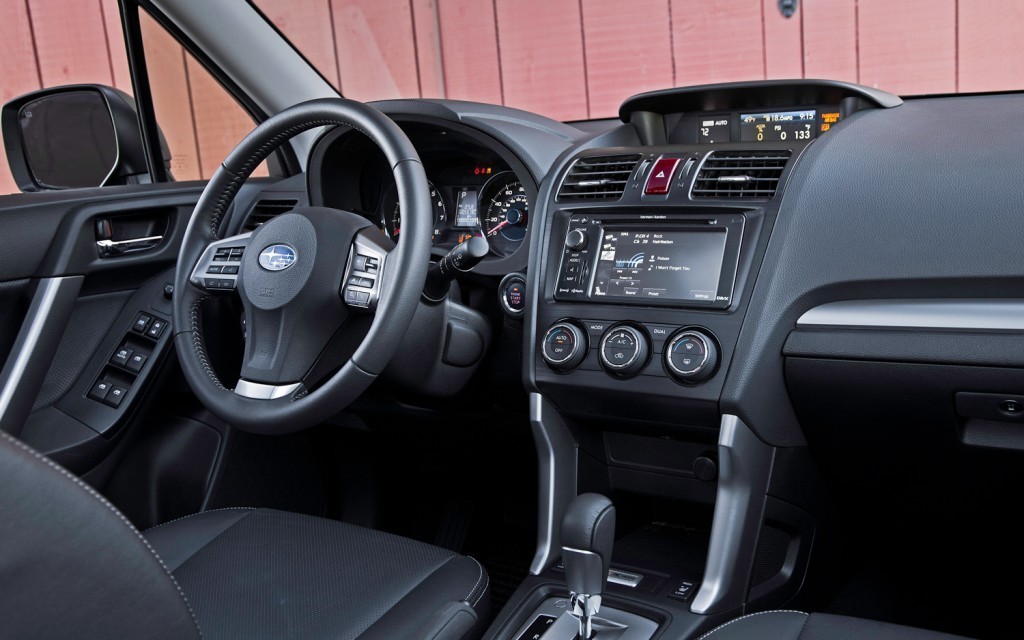 The Subaru Forester 2014 2.0 XT Premium receives a brand new 250 hp turbocharged engine, 2.0 liters. The only other trim that has this engine is the Touring one. We have a CVT included instead of the regular 4 speed automatic.

During tests it can be seen that the 2.0 XT turbo engine is quick. You do not have manual transmission but there are 3 drive modes offered. The intelligent mode will use normal throttle and the transmission response necessary for daily driving. The sport mode will offer a better throttle response with 6 driver selected forward ratios for the gear. The Sport Sharp level will enliven your engine response and will move to a pseudo 8 speed automatic with the eight fake gear being selectable through paddles or lever.

During challenging drives you will find yourself using the Sport Sharp mode the most. CVT slurring allows for a more interesting gear change. The eight speed automatic gearbox is quite properly imitated, with immediate downshifts. Manual operation will not be as satisfying because of the faux gear soft engagement. 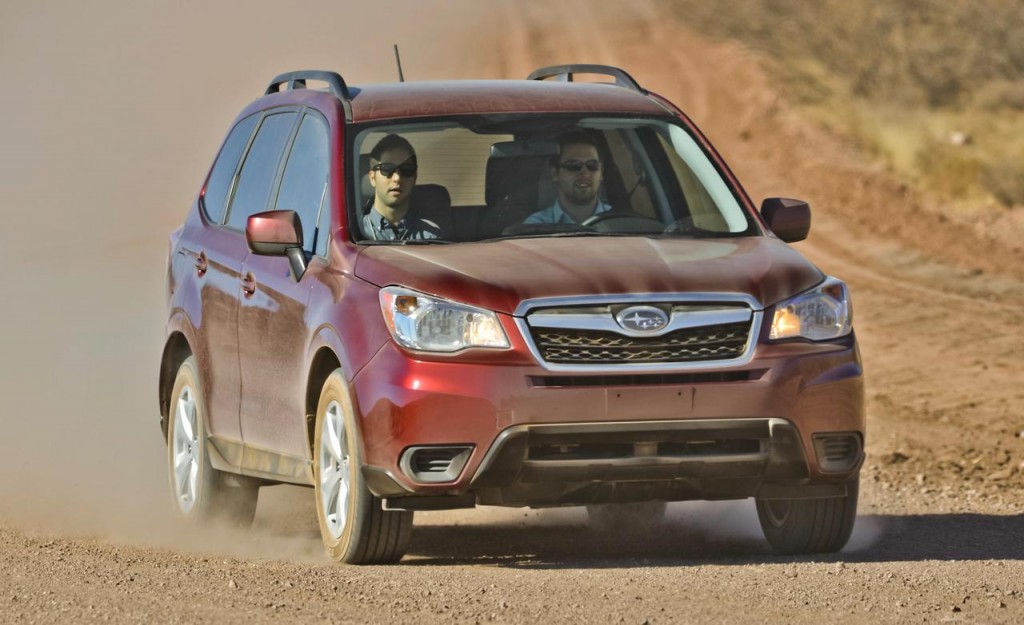 On paved roads and dirt the Subaru Forester 2014 2.0 XT Premium is athletic. It has proper body control and offers a firm ride. You are faced with safe and relentless understeer that accommodates hard driving even when using a turbo setting. We have access to a long suspension and suitable ground clearance so you will not have big problems on rougher roads.

For off road drives you have access to X-Mode. It is a system that works perfectly with the AWD of the Subaru Forester while summoning a softer mapping of the throttle, unique stability and lower gear ratios. Hill descent controls are also activated. It is great to notice that the system actually performs just like it is advertised, although most drivers will never get to use the mode since it is only necessary in particular off road driving conditions. 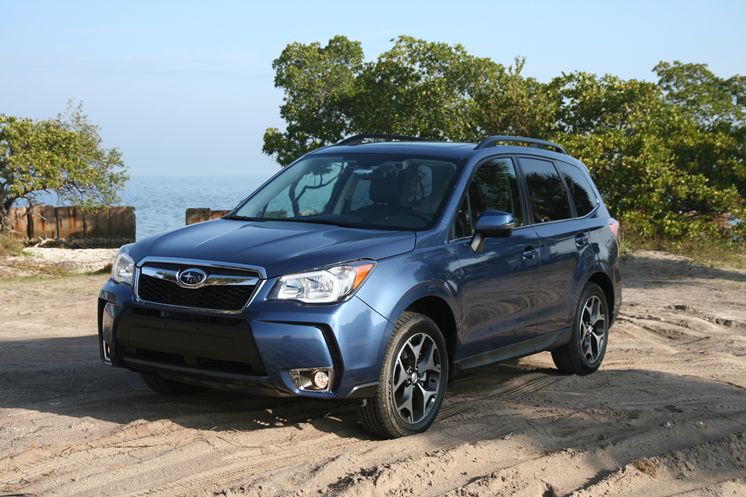 The driver will surely enjoy the Subaru Forester 2014 2.0 XT Premium’s new interior, quiet operation, improved fuel economy, all-weather capability and higher maturity quotient. You get a fuel consumption ratio of 24-32 city – highway. The 2014’s model basically improves an SUV that is already pretty good. It is highly recommended in front of the competition, which does not seem to manage to be better than Subaru in this sector.