The Volkswagen Amarok makes it different and much better than most of the pick-ups on the market. Your engine does not consume too much and the chassis is unfazed with the trailer in tow. It also has a first gear ratio so short that you will not miss the gearbox.

When Volkswagen presented itself in the market for pick-up with a car developed by them, many had started with their criticisms of the Amarok. The disappointment and surprise were equal… The revolution did not appear anywhere. And this vehicle, manufactured in Argentina was basically a pick-up with a traditional body and a rear axle. But, unlike the rest of its rivals, you could tell right away that Volkswagen has not only headcount creative designers but also many engineers. They are very patient and for example, are able to accept tradition without throwing in the towel and give all for lost.

But hey, do not want to be unfair to them. This pick-up has been manufactured in a way as archaic as the Eastern of its rivals. This has less to do with the Germans and their lack of imagination, as with the market studies Volkswagen conducted. The result was that most prospective buyers who were questioned wanted a robust pick-up, the previous one with tubular chassis and crossbow.

Volkswagen staff discovered also something else. The 4×4 system is not everything to unpick-up. But it is more than enough and optimizes the traction for the street or the field, even if lacking in other areas. Therefore, the Amarok offers a choice between a simple wheel drive. It also connects on asphalt and has limited use, but it is associated with a reduction for the field. The other possibility is to opt for a permanent 4×4 which is useful in all circumstances. But it lacks in extreme situations reductive conditions. The combination of both is not considered.

The Volkswagen Amarok works with an engine that is already known more than enough for the brand. It is a two-liter one with two different powers. For the test I chose the variant BiTDI. This is the most powerful construction permanent integral. The work of the double turbo engine is easier thanks to the 6-speed gearbox. Because your first relation is very short, the car of the trailer with solvency and without effort, even under the worst pending. Nor has traction problems with the empty loading surface and on slippery surfaces. It also has enough power to be able to pull the trailer without damaging the clutch. 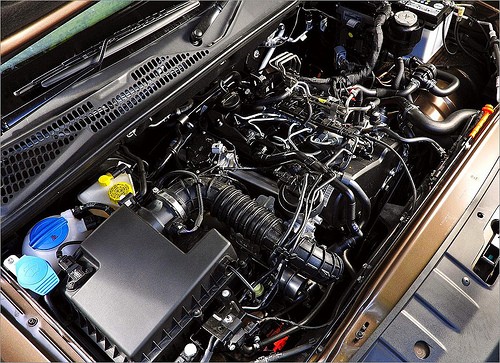 It is clear that the version with reduction has more strength to face extreme situations. But on the asphalt it just has two-wheel drive.

However, the Amarok transmit sensations are as positive with the trailer due to the characteristics of your engine. Starting from the 1,500 laps, and pushed with energy, even when you pull the trailer at 80 km/h in the sixth gear. So, you may face less demanding slopes without putting a march less. This also means that Volkswagen gives you a real lesson in fuel consumption for the rest of their rivals. During the course of evidence the common rail injection pumped an average of 12.85 liters per 100 km. In this way it managed to face without problems the mountainous first stage of the test. The little engine also fends off consumption when it is heavily loaded. 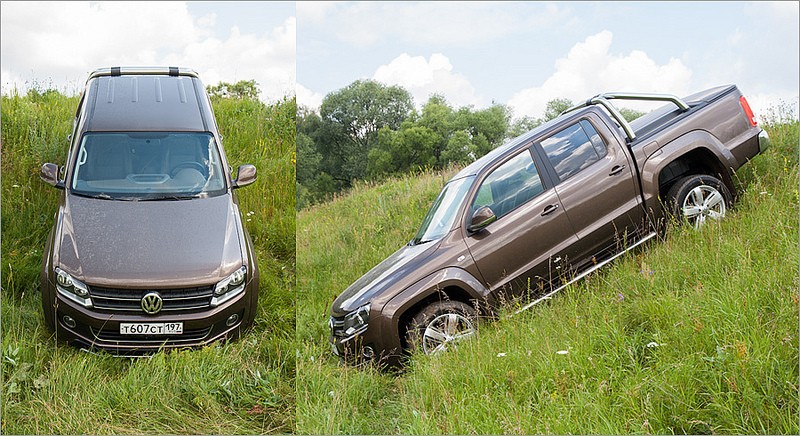 The case also shows that the model is much better than its rivals. The long battle of lospick-up does not let the rolling to be a problem, but the situation in the Amarok is especially nice. The typical lack of harmony between the soft front axle and a hard rear one that present these vehicles are not given in this case. The ongoing behavior of Amarok is the quietest one.  The ESP as a standard with trailer stabilization also reassures. You usually drive on asphalt?  If you carry a heavy load you will regret that the suspension on the rear axle supports no more than 220 kilos of cargo. This, if needed, is available only for version with additional AWD (All-Wheel Drive) system, which is undesirable.

The Volkswagen Amarok 2.0 BiTDI does not start a new era in the world of pick-ups. But the engine saver and its balanced chassis are successful. This model does not mount gearbox. And so, trailers lovers will miss the unavailable combination of permanent four wheel drive with a powerful and efficient reduction. 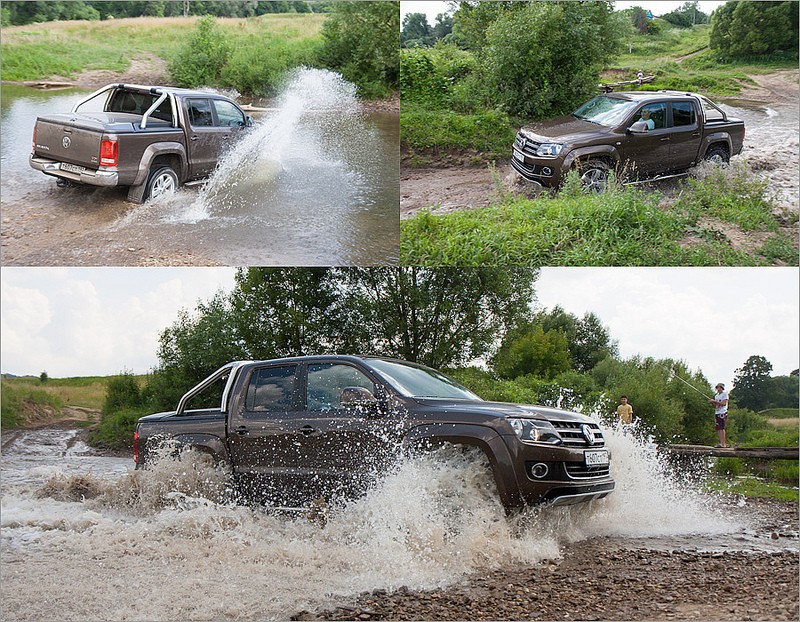 A Brief Comparison with 2013 Volkswagen Amarok

Volkswagen Amarok range has been updated slightly. The pick-up Volkswagen receives an update for the 2.0 BiTDI. The bi-turbo engine generated 163 hp with maximum torque of 400 Nm. Thanks to electronic reprogramming happens to develop 180 hp. This change only affects versions with manual gearbox, which are placed on the same level as the versions with automatic transmission. They are available with the updated version 2.0 BiTDI engine.

It also increases the capacity of the trailer towing with a brake.  The Amarok manuals are able to tow up to 3 tons, while automatic versions can pull 3.2 tons. The hatchback is redesigned and supports loads of 200 kg on it. The corrosion warranty increases to 12 years. And equipment options are added as assistant Park Pilot or adaptive lighting.