The midsize luxury crossover SUV market would definitely not be the same without these two cars but how do they compare when we put them head to head? While one is a 7 passenger vehicle (Acura) and the other one is for 5 passengers, it would seem like the choice would be simple, based on what you are looking for since seating capacity is quite important. Even so, we do see many that end up comparing the two. Well, both are great and although we do tend to look at the 2014 Acura MDX as the better overall SUV, many will appreciate the 2014 BMW X5 xDrive35d.

The 3.5 liter Gas V6 inside the Acura MDX is more than powerful but the lack of all-wheel drive in a 7 passenger SUV is quite weird. BMW X5 xDrive35d has AWD and includes an 8 speed automatic gearbox, as opposed to the 6 speed automatic you get in the Acura. However, the MSRP is around $14,000 higher with BMW, costing $56,600.

You are surely interested in fuel consumption and since we are hit with an SUV that is heavier, the Acura MDX 2014 is 13% less fuel efficient when compared to the BMW X5, while driving in the city. On the highway, it is around 10% less fuel efficient. 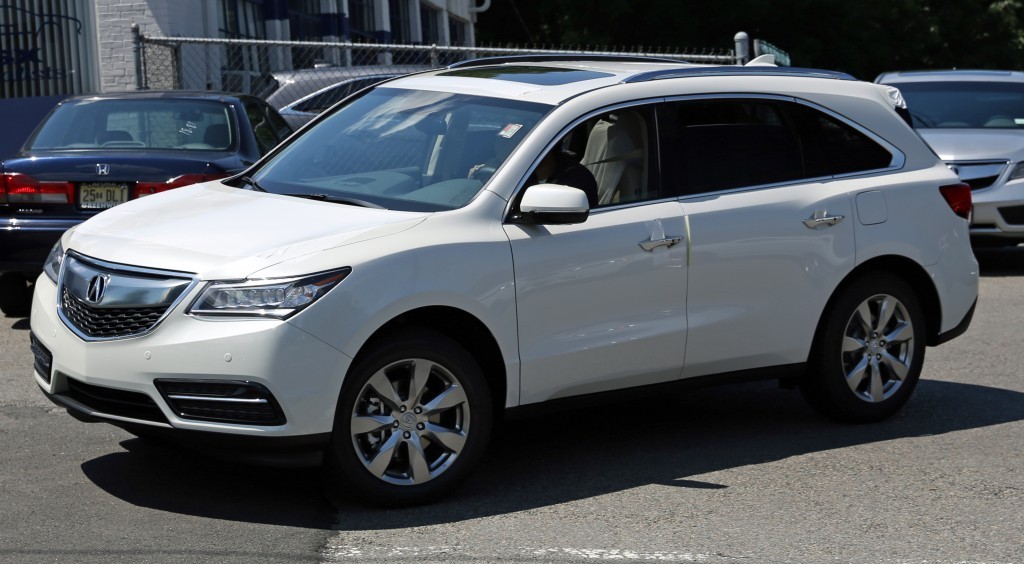 Since we are talking about an SUV, it is obvious that we have to think about comfort. The driver seat basically has the same features in both models with the only difference being in the fact that the BMW X5 xDrive35d has power steering wheel and the 2014 Acura MDX has multi-level heating included for the driver.

When looking at the passenger seats, we should say that the BMW does bring in a few more features that are of interested like whiplash protection and adjustable lumbar power support. We already highlighted the fact that there is no 3rd row available with the BMW model.

When analyzing the storage option available, we are faced with quite more availability in the BMW, with better compartments and it is quite easier to store various cargo inside. We also have access to more color options with the BMW.

It is quite hard not to consider the BMW X5 xDrive35d when comparing it with the 2014 Acura MDX but the truth is that the price difference is quite high and it will impact many different interested shoppers. This is most likely the defining reason why we have to move towards the 2014 Acura MDX in this versus.