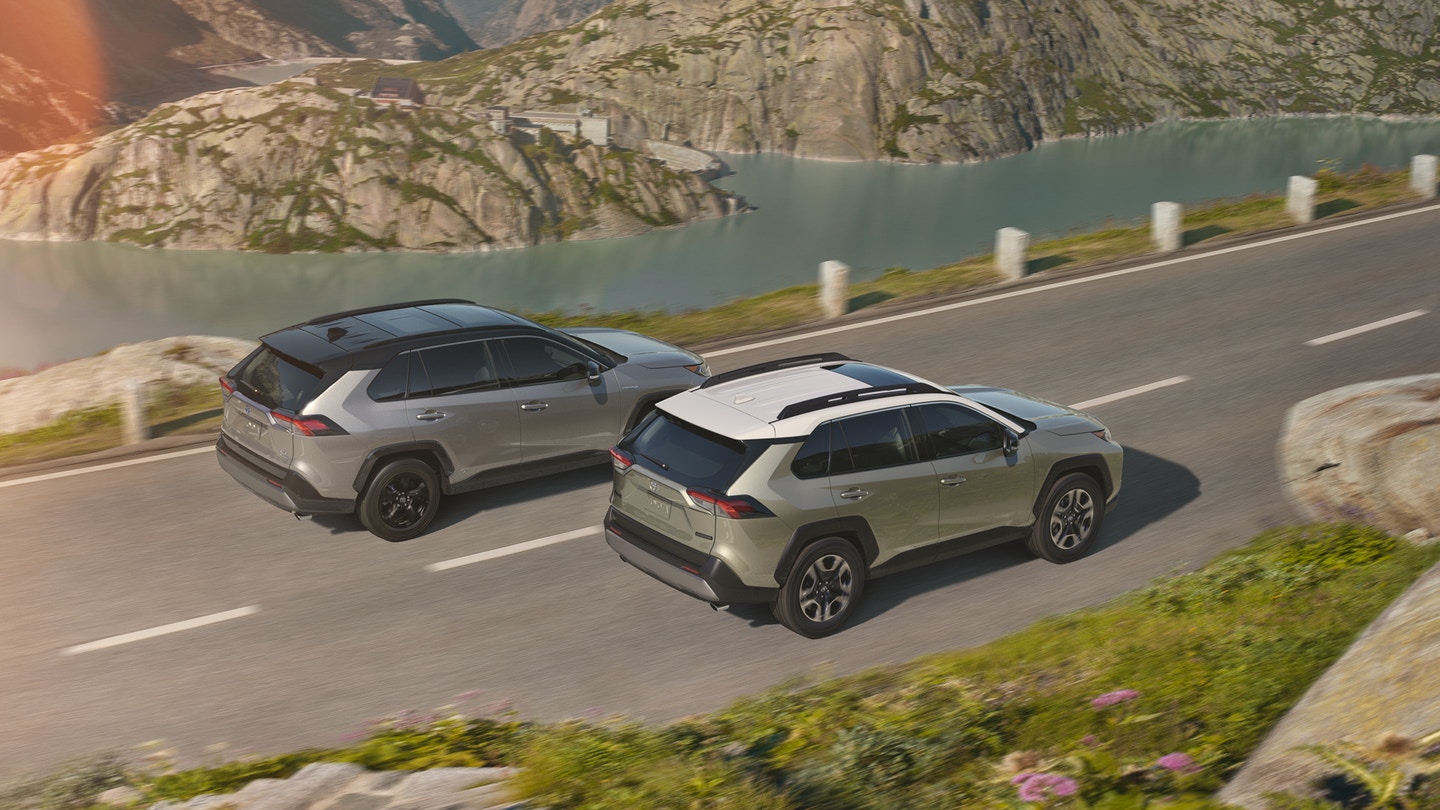 2019 Toyota RAV4 is replacing a vehicle that sold really well, around 400,000 units in the past year, even if that version was not that great. We are talking about the best-selling vehicle in the US (except for pickups). Toyota would not be blamed if they would have played it safe with the 2019 RAV4 but the exact opposite happened.

The 2019 Toyota RAV 4 was completely redesigned. It is philosophically and stylistically different, with an abandonment of the predecessor’s “car-like” approach. The result is something that is much closer to an SUV than the 2018 model. The platform you would expect from Toyota is there but we have a higher and taller ride. We even have the Adventure trim that takes elements from Tacoma. RAV4 is getting back to the discontinued third-generation RAV4. 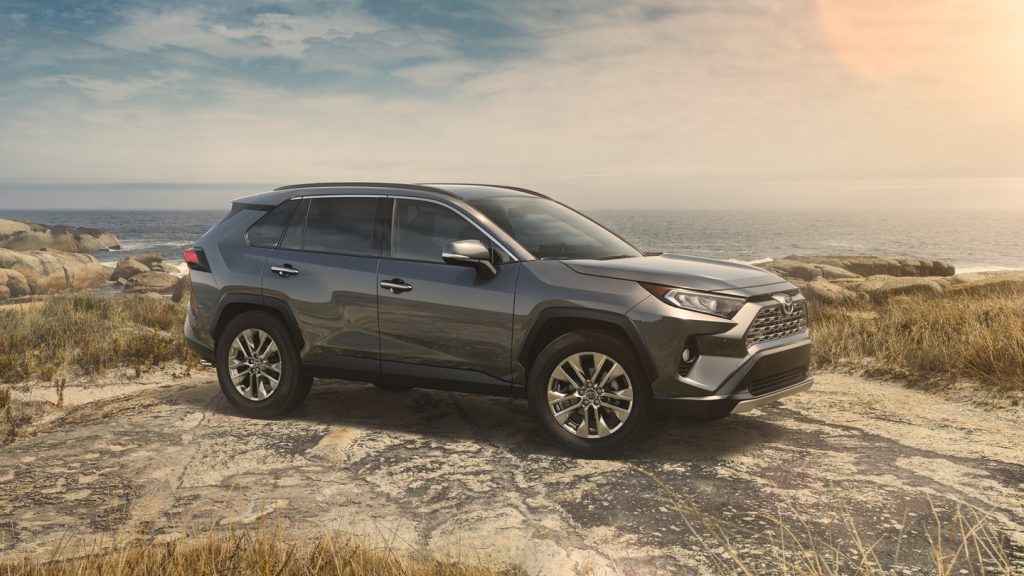 One of the goals of the 2019 Toyota RAV 4 was to change perceptions. This is achieved.

We have a new XSE Trim that has a racier design, with a strong sport-tuned suspension. It is just available as hybrid but not while lacking performance. The manufacturer’s main engineer declared that he wanted to modify perception and break the mold of the hybrid. He practically added XSE Hybrid in order to modify how people perceive the hybrid SUVs.

Market research groups did favor XSE’s appearance over the other trims. Preference was even higher when participants learned of the fact that the XSE is a hybrid model. 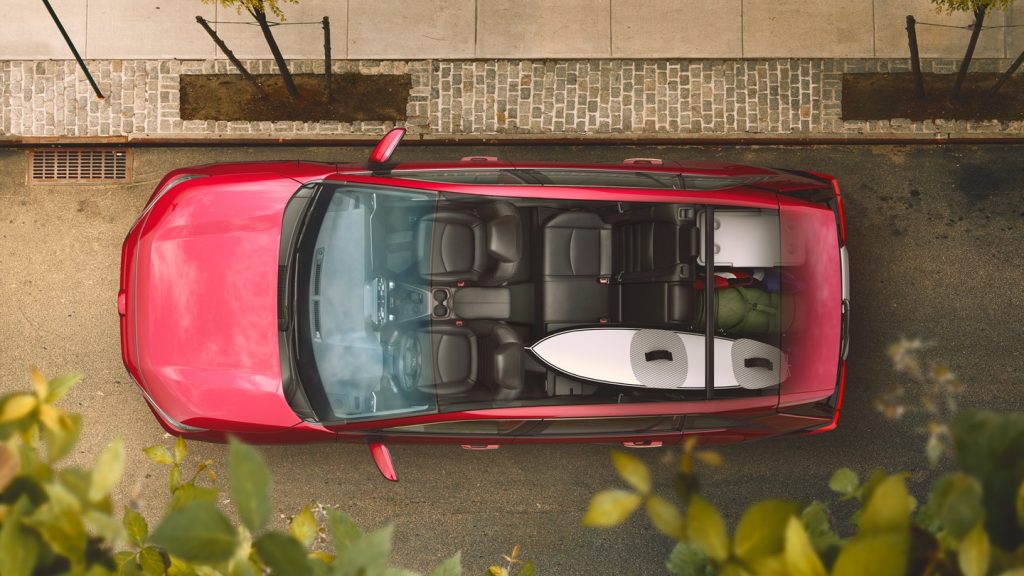 The base engine for this Toyota is the new 2.5 liters 4 cylinder model that is shared with Camry. This produces 203 hp. Torque is 184 pound per feet, which is better than most of the competition. The engine is reported to be surprisingly shrill as driven. The engine is quieter with the Camry but RAV 4 has an acceleration that is strong, together with a new 8-speed automatic gearbox.

When looking at the hybrid model we have a 2.5 liter engine that has downgraded output, has extra compression ratio and an Atkinson cycle fuel-saving. 3 electric motors are joined in order to create an AWD system while offering 219 hp. According to the manufacturer, reaching 60 mph is done in 7.8 hours. The gas version’s performance is 8.1 seconds.

Remember that the Hybrid option means you pay extra $800. When you factor in savings in fuel, for the average driver the extra payment is covered in 2 years or less.

Toyota is risking losing some market in the function and utility department. Ground is ceded to the Honda CR-V and the Subaru Forester. As an example, we have reduced headroom (even more when you go for the optional sunroof) so we have a more confining cabin. The D pillar is more raked so versatility is reduced when looking at carrying large options. It is highly possible that maximum cargo capacity is lower than what people expect since this was missing information and Toyota should have offered it. All this gamble comes in while offering higher performance. Basically, Toyota RAV 4 now focuses a little more on performance. 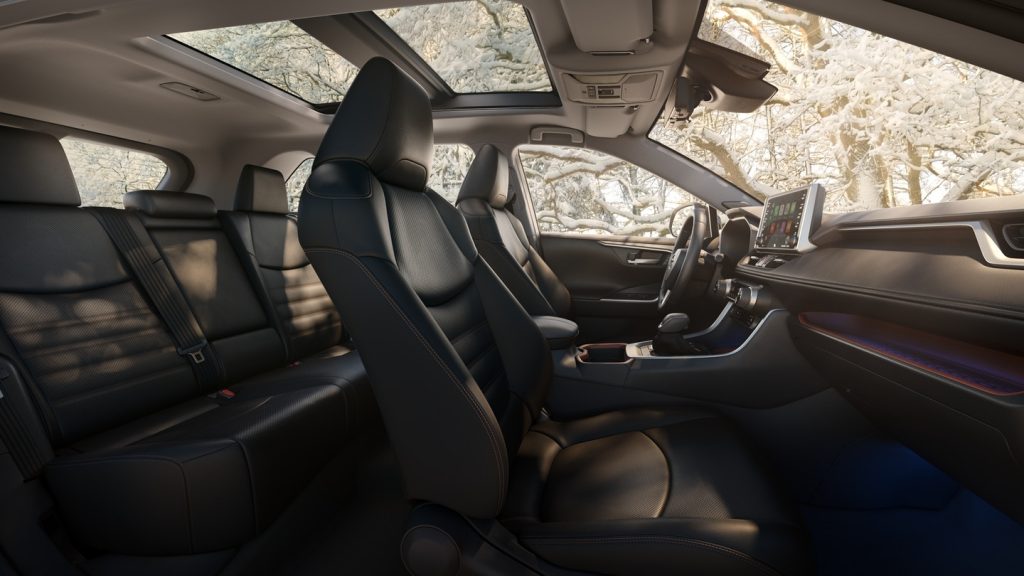 When analyzing comfort, the first thing that comes to mind is that in the back seat we see 0.6 inches of extra legroom, together with 1 extra shoulder room inch. The brand new platform gives you access to a quieter cabin and a better ride.

As expected, the 2019 Toyota RAV 4 brings in many new features. The accident avoidance technology is standard on all trims. Infotainment is now enhanced by offering standard in-car WiFi, Apple CarPlay and Amazon Alexa. The RAV 4 base LE trim features a 7 inch touchscreen. The other trims offer 8 inch units. Positioning is great so the touchscreen looks larger.

The elevation in cabin materials is clear but the vinyl upholstery added is not a great substitute for leather, something that is not available. According to Cameron Creighton, Toyota RAV3 product planner, customers did not miss this.

Out of the different new features available, we can highlight heated rear seats, ventilated front seats, the panoramic sunroof, the rearview camera mirror that is Cadillac-like, a digital instrument panel and even 5 USB ports. 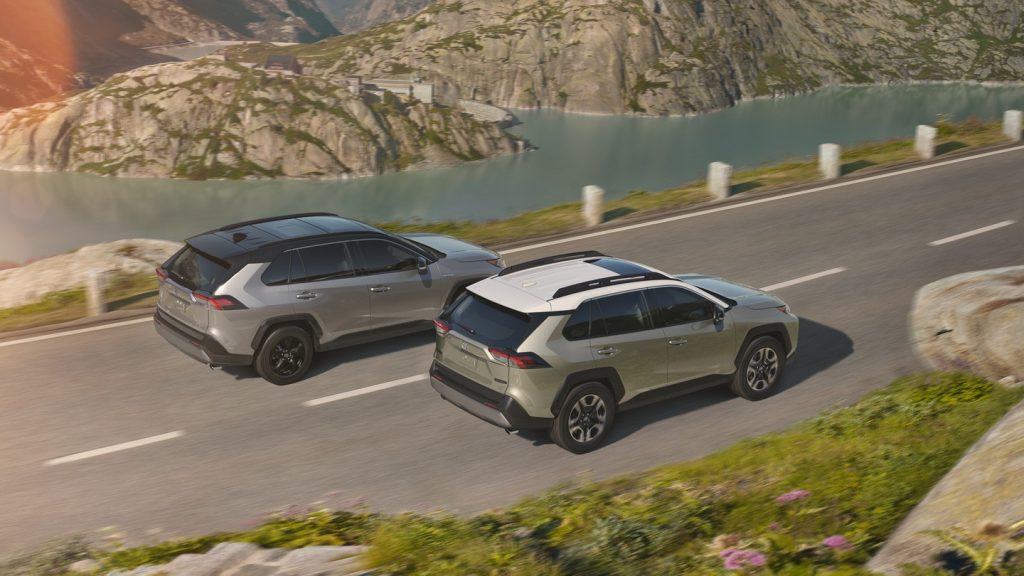 There will be people that will not like the 2019 Toyota RAV 4 but it is a certainty that some will appreciate it. Toyota’s gamble is definitely ambitious. We will need to wait and see if the huge selling momentum the SUV has is going to remain the same. While it is a certainty that Toyota made changes to something that already works really well, changes are not at all bad.