Mitsubishi Outlander 2012: in a Search of Efficiency

The new Mitsubishi Outlander 2012 is characterized by a reduction in the CO2 emissions and the consumption. It also has a new interior and exterior design. The brand launches its model with a discount of 3,000 euros.

During the press conference held at the launch of Mitsubishi Outlander 2012, the manufacturers of the brand made a comment that caught my attention. They said “we have replaced the previous dual-clutch with one of a torque converter because the consumption is reduced “.

Under this statement is hiding a declaration of intent: with the slogan that has coined Mitsubishi, Drive @ earth, seeks for their models the harmony with the environment. To do this, the new Outlander has also reduced its weight, about 100 kilos, resulting in lower fuel consumption.

Another solution utilized to maximize the efficiency of this Mitsubishi has to do with the 2.2-liter turbo diesel engine. This engine now develops 150 hp instead of 177 hp compared to the previous generation one. The fuel consumption of the front-drive version, which will be associated to the finish of entry-level model, the Challenge, remains at 5.0 liters, with emissions of just 130 g/100 km. The AWD (All-Wheel Drive) versions, which will be associated with variants of greater equipment Motion and Kaiteki, also show a content consumption, with 5.6 liters on average. This has contributed to the new Mitsubishi Outlander offers a careful design which lowers the drag coefficient from 0.36 to 0.33. 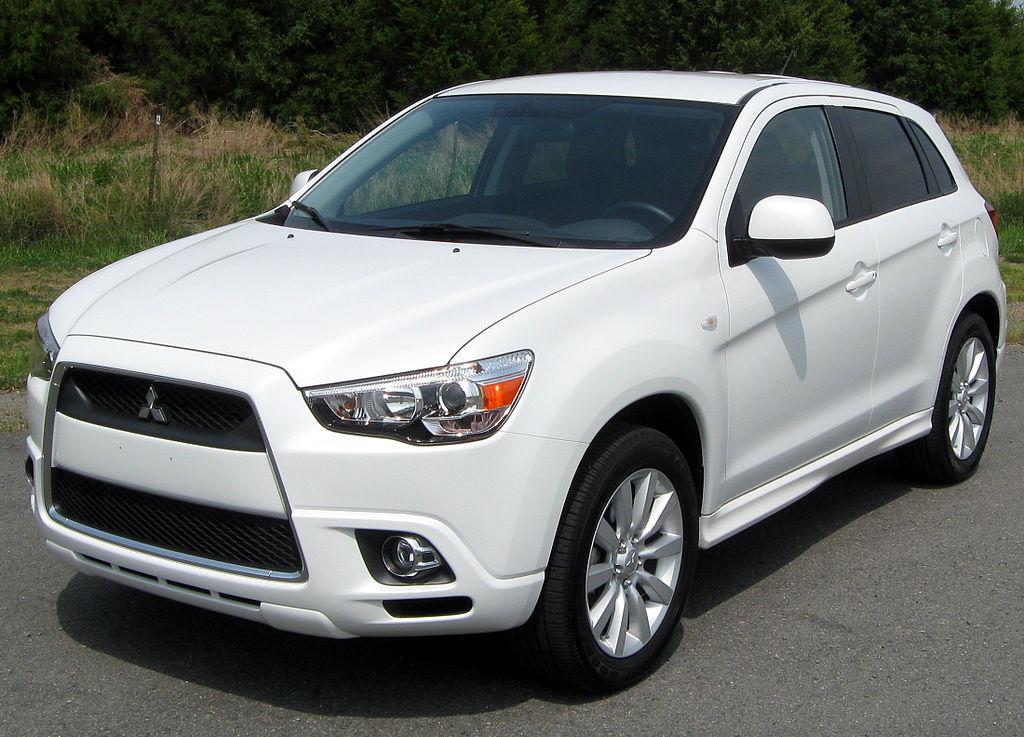 The best of all is that, despite the loss of horses, the new Mitsubishi Outlander shows no weaknesses when accelerating or recovering.

The differences with its predecessor are numerous and profound. To start, the cabin is better utilized, as with similar exterior dimensions and the interior space is more generous. For example, the trunk gains 50 liters and 33.5 cm in depth. This means that five-seat configuration provides 591 liters, which places it among the most capable ones in its class. It also highlights the new dashboard, with the most orderly central console, and the multifunction steering wheel with more ergonomic controls and large cams (for the versions with automatic transmission).

We drive the Mitsubishi Outlander 2012: More crossover than ever

The Mitsubishi Outlander has received a thorough mechanical and aesthetic renewal. That allows us to speak of a new generation, the third one. Recall that the former was launched in 2007 and was renovated in 2010 with features that resembled its younger brother, the Mitsubishi ASX. Now the Japanese brand aims to give a major turn to its strategy. With this new Outlander original design, equipment and space, it will be finished in early 2013 with the arrival of Outlander Plug-in Hybrid EV, the first plug-in hybrid in this category.

The first impression that this SUV of 4.66 meters long, 1.80 wide and 1.60 high, produces is of a completely new car. Reviewing its dimensions we realize that it is only an inch shorter and 4 inches narrower than its predecessor and that the wheelbase of both is modeled (2,670 mm). However, while sharing mechanical platform with its predecessor, it shows that its body has been designed from scratch. The bumper with a single air intake, the thin and stylish front grille, like the headlights or fog, located lower and with a silver rim, are very clear details that speak of a new line in the aesthetic brand. At the rear it is the same, the third window changes its shape, more rounded, as are the body panels. Wheel arches have a cleaner design and pilots are more elongated. It comes standard with five seats. But the Outlander offers seven real seats, with enough space for two adults.

Another aspect that stands out in this new generation from the previous Mitsubishi Outlander are the new technological elements that can be incorporated. In the list you find:

–          or a solution from the manufacturer called FWD (Front-Wheel Drive),  which detects obstacles in front of the car and can stop them to lessen the severity of the collision. 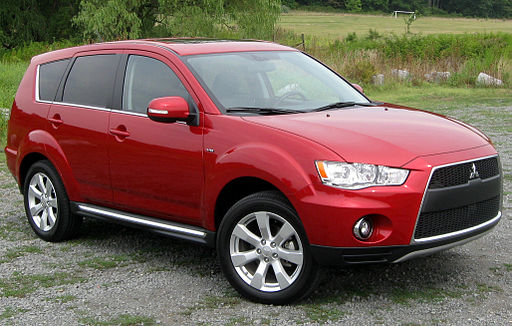 The way you connect the 4×4 traction of the Mitsubishi Outlander 2012 also has been changed: instead of having the three-position rotary knob, now it has set up of a button with the AWD (All-Wheel Drive) legend. When it is pressed, the system switches to different modes: ECO 4WD (Four-Wheel Drive), 4WD AUTO and 4WD LOCK. The essential difference is all about the first mode.With it, the Outlander works at 2WD (Two-Wheel Drive) to save fuel. If the wheels slip, it connects the 4×4. But not everything is thinking about the ozone layer. The passengers also enjoy a third row of seats which is more habitable, with banquettes truth.

The Japanese brand has high hopes for the new Mitsubishi Outlander, because together with the Mitsubishi ASX, which introduced a facelift in Paris, is one of the pillars on which the brand rests. And the scene that confronts is quite complicated. At first, the market is as it is and on the other hand, the supply in this segment is huge. To combat both pitfalls, the Japanese manufacturer has decided to offer since its release a generous giveaway of $ 3,000. This means that the version of access to the range (with Front-Wheel Drive) costs just over 28,000 euros.

During the programmed route, we passed a number of miles, all kinds of roads and the new Outlander left us feeling good. The engine has a good pair of midrange allowing you to easily retrieve speed or overtaking safely. In addition, the interior gave the impression of going well insulated because you cam hardly hear the engine noise or rolling. On the other hand, the interior is spacious and well equipped. It meets both quality and equipment which includes: system for lane departure warning, active cruise control or Super-HID xenon headlights and more. In short, this is a new model that thinks green without forgetting its occupants.