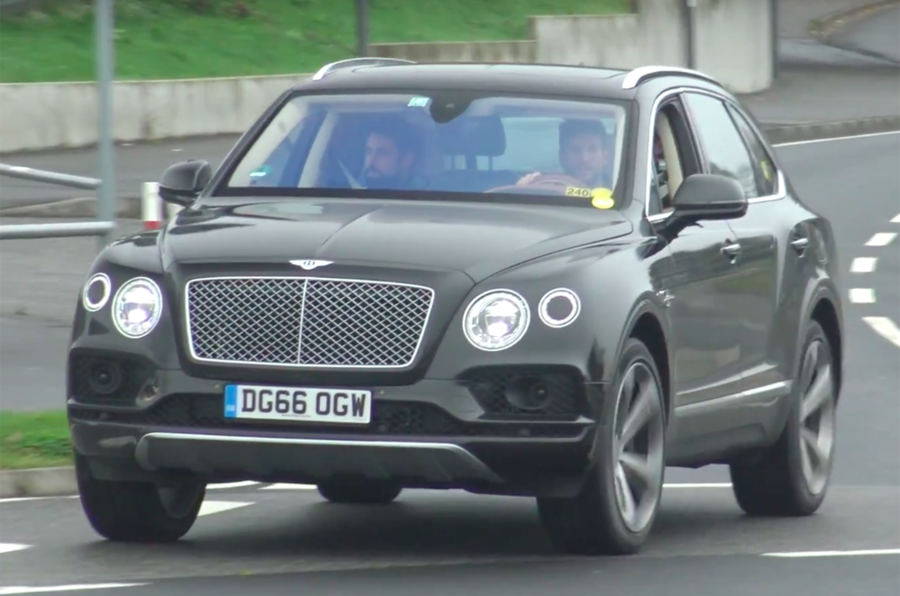 If you are interested in a Bentley Bentayga SUV but you feel a little guilty to drive the vehicle around the town as it has a high fuel consumption, it is time to be happy because the official plug-in hybrid option is going to be revealed soon, at the 2018 Geneva Motor Show, which will take place in March.

In a statement responding to an enquiry by Automotive News, Bentley confirmed the news, telling the reporters that the plug-in hybrid is going to be officially presented at the international Geneva motor show. The automaker would thus stand out as among the very first in the ultra-luxury market that offers an electrified option.

News about the hybrid is not completely new. A prototype for the plug-in was seen in public during autumn of 2017. Because of this and insider reports we expect it to have a powertrain that is similar to that of the 4 E-Hybrid setup from Porsche Panamera, a pair of twin-turbocharged 2.9 L V6 with electric motor featuring AWD and an automatic gearbox with 8 speeds. Such a powertrain is capable of offering around 460 hp, with 30 miles in the electric range of the Porsche.

For many years now Bentley maintained its luxury spot on the market but the manufacturer is faced with political pressures because of the current environmental movement. The latest push towards this direction was the launch of a special diesel Bentayga model in various markets. In the following years we expect to see much stricter emission regulations so the move towards the electrified powertrains makes a lot of sense. We are most likely going to see this around the entire lineup of the automaker, with the Bentley Continental GT being the very next in line. At the same time, there are different reports that state Bentley is going to launch a completely dedicated electric vehicle but no date is known about that.

The 2018 Bentley Bentayga Plug-in Hybrid is going to be revealed at the 2018 Geneva International Motor Show but it will go on sale around the second half of the year, as a model that will bear the 2019 mark. The name that is going to be chosen will most likely be 2019 Bentayga Hybrid. Pricing is expected to start a little over $200,000. Not much extra is known about the SUV so we will need to wait for the show to see what options are going to be revealed. Even so, the luxury standards offered by Bentley will definitely be respected.