Both the BMW X5 2014 and the Audi Q7 2014 are seven-passenger luxury SUVs and come in three trim levels. Both models also offer similar features and options such as 18-inch alloy wheels, parking sensors, dual-zone climate control and others. Moving up to the premium versions, both the cars offer a greater number of options such as steering features, keyless ignition and leather seats. At first glance, they appear to be equally attractive and well-designed. 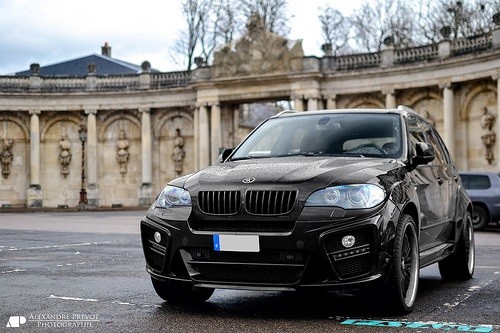 By Alexandre Prévot under CC BY-SA 2.0

Easy maneuverability makes the driving experience of the BMW X5 a more enjoyable one compared to the Audi Q7. The Audi Q7 is a big car which becomes apparent while driving it on difficult roads and curves. The BMW X5 is easier to drive and less tiring. While not exactly a plush driving experience, the noise levels in the car are fairly low despite the powerful six-cylinder engine. On the other hand, the 3.0T base engine of the Audi Q7 also gives a decent performance, offering a good pickup. The Prestige version with its advanced air suspension system offers a better experience than the basic Q7 model. 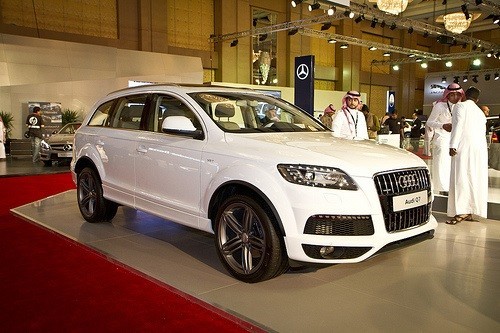 By Abdullah AlBargan under CC BY-ND 2.0

Both the BMW X5 and the Audi Q7 can be rated equally on the quality of their interiors. The BMW X5 comes with its signature iDrive interface offering a touchpad along with the usual control tools. The dashboard in the Audi Q7 is also well-designed and more intuitive to use than the iDrive. Both the models have well-designed seats that are comfortable enough for adults and children. One area where both the models fail to live up to expectations is in the cargo space. The BMW X5 offers just 66 cubic feet of cargo space while the Audi Q7 offers a little more with 72.5 cubic feet.

In terms of safety features, the BMW X5 fares better than the Audi Q7 which does not have an impressible braking system. The BMW X5 comes with the typical safety features such as the stability and traction control, front and side airbags and antilock brakes. In addition, it comes with active head restraints and an emergency communication system that helps to locate the car in the event of a crash or theft. It also comes with collision warning systems for safer driving. However, the Audi Q7 also comes with some decent features such as airbags in the second row and a high rating on impact testing.