What Kind Of Engine Should You Choose In Your SUV? 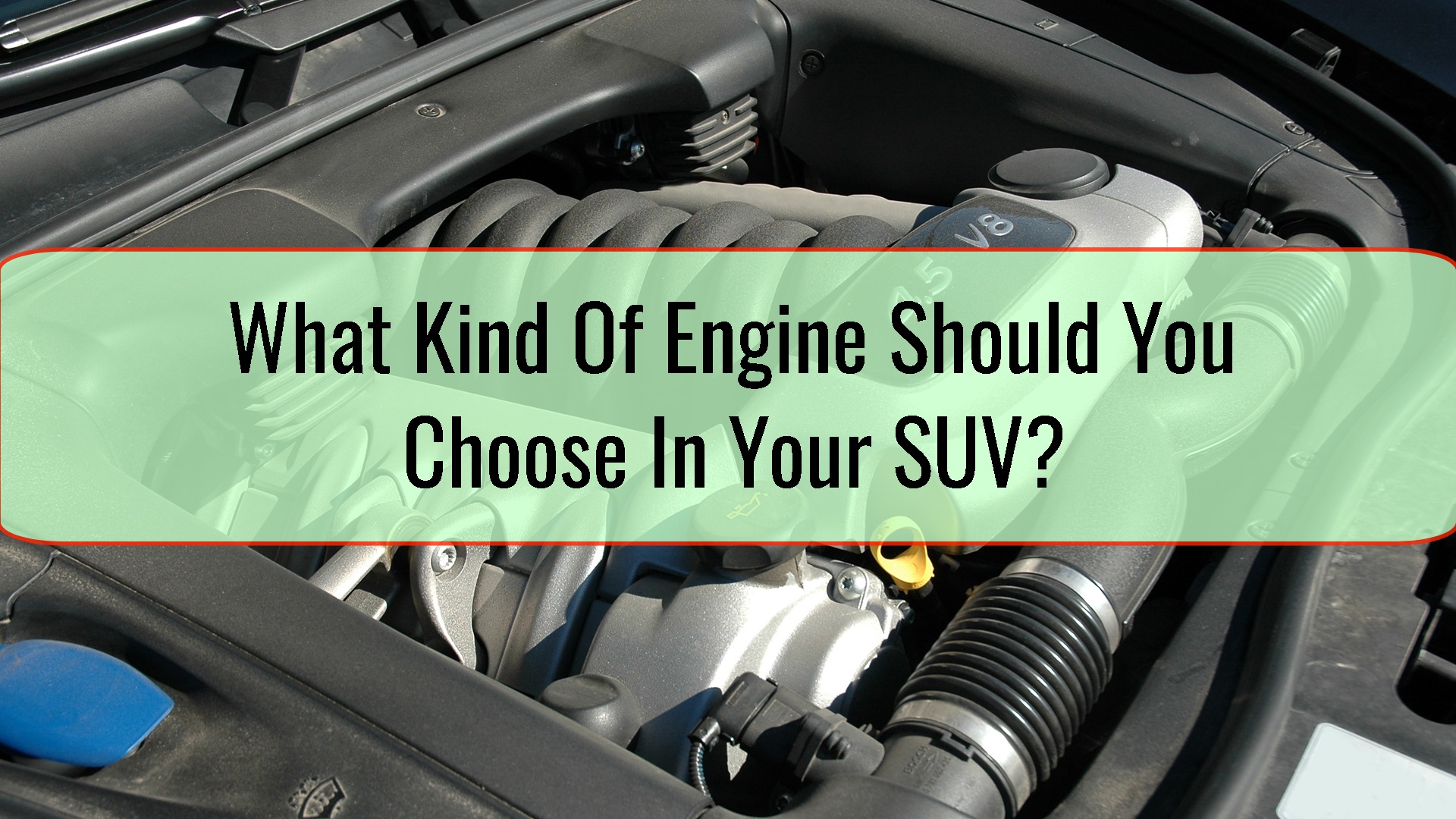 Every time you want to buy an SUV, you need to take a look at the engine options that are available. The engine you choose will influence many things, like fuel economy, equipment, some features, pricing and acceleration. However, this is all information that is useless in the event that you do not know how to compare the engine options available. Fortunately, if you know a few things, the choice becomes much simpler.

For those that do not know mechanics, engine-related terms are daunting. The good news is that there are not many things that have to be known. Usually, engine size is quoted in one or all of 3 ways:

For instance, let’s think about a 200 hp V6 3.0-liter engine. In this case the power is 200 hp and the engine has 3 liters, with 6 cylinders. The 3.0 part shows cylinder size. Let’s compare this with a 4-cylinder 2.0 liter 220-hp car. The second car does have more power but the engine is smaller.

Car enthusiasts usually know a lot more about these terms and understand many others. Even so, most people cannot actually quote the engine size or hp rating of the car they own. That is why you should not get too caught up in understanding what every single term means.

Which Engine Is Right For You?

This is the real question you want to ask yourself when you want to buy an SUV or any other car for that matter. The general engine terms above are usually all you actually need to know. However, you need to then think about what you actually need. For instance, hp measures the power of the engine but how much power is actually needed for you?

Personal needs vary from one owner to the next and from one budget to the other. Generally, the car that has a smaller engine and less power offers better fuel economy. The car that has lower power tends to cost less money.

The SUV with a larger engine and more power offers better performance. It also normally costs more. When your goal is to buy an SUV with great fuel economy, the one with the smaller engine is preferred. However, if performance is what you want, more engine power is needed.

You might also want to look at the features and options that are tied to the engine size offered by the manufacturer. As an example, when the car has both 6 and 4 cylinder engines, the high-end options might only be available for the 6 cylinder version. This is when you have to decide if the features offered are worth it based on fuel economy, together with the higher price tag.

Although the information mentioned above will definitely help you to make a good choice, you simply cannot substitute the test drive. For instance, you may think that you need a really powerful engine but when you actually drive it, you see that you want less power. Similarly, you might think that you need a less powerful option but when you are on the highway you quickly realize this is not the case.

Never make a final decision by simply looking at specs. Use them to differentiate between SUV engines but always go for a test drive first.