For a couple of years among us is the jewel of technology, design and performance called BMW X6. Premium brands, despite the crisis, never cease to amaze with new vehicles, new concepts, and even with new sub-segments in a market as thriving as the automobile one.

In this case, the newness is given by the symbiosis between the two types of vehicles.  For many there are two ways of understanding life in the world of engines. They recognize engines such as the coupe and SUV ones.

The X6 was born a couple of years ago with the surname ‘Sports Utility Coupe’.  This is a SUV that had been endowed with a truly spectacular design. The truth is that, when compared to its brother X5 in aesthetic terms, it is certainly a better one and its performance is incredible at that time for a vehicle of this size. In the spotlight of 2010 BMW Porsche Cayenne remains its main competitor. 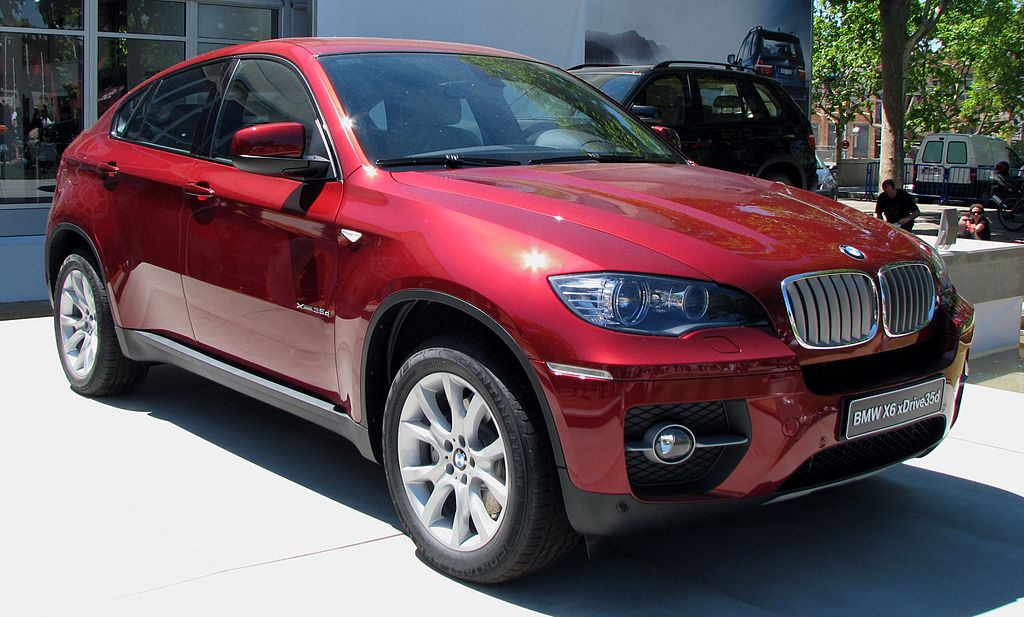 Being a coupe, its dimensions are spacer than the X5, without losing too much as far as the space inside is concerned. But it has only four seats, and yes, all of them full of conveniences. The most remarkable detail inside the car is definitely your steering wheel, with a full sports design, with the presence of serial cams to handle its six-speed automatic transmission, and has lots of buttons to handle most functions entertainment, communications and driving aids available for the X6.

Of course, there are some things apparently seen in other vehicles. The on-board computer display that integrates the vehicle remains a bit small, and the map display does not fall below 100 meters wide. While in most recent displays, that have flooded the market, scale is 50 meters, including 25 in the most recent editions. As for the trunk, the coupe design of the vehicle, with a sharp drop back, detracts the back space if you compare it with the X5. But it’s not a very big loss, just a minimum one. Its 570 liter capacity becomes 1450 when you hit the rear seats and central console.

When given the best of itself

The X6 starts to give the best of itself upon pressing the Start button. 408 horsepower at 6,400 rpm, it is nothing. The top of the range “normal” of the  BMW X6 (X6 M exception here, the sportier version, which yields a ‘galactic’ 555 hp) mounted a direct injection engine of 4,395 cc, eight-cylinder V, yielding , as expected, a stratospheric performance:

With these numbers, we come to forget all the time that we drive a ‘supposed’ crossover vehicle. The X6 is designed to give the best of itself on asphalt, of course, but its off-road capabilities are the dignity that an 86,000 euros vehicle should have.

Despite its large size and weight, the X6 squeezes this jug of performance with agility certainly admirable. The smoothness of ride and handling is not held at any time no matter how much twisting or narrow the road is. During all the time the vehicle driver ‘feels’ how they work in perfect harmony, the many support systems driving the vehicle. Let’s start with the Xdrive. Here I mean the permanent total transmission of X6. Next to it is especially noteworthy called DPC (Dynamic Performance Control). This is a new rear differential premier to the X6. It allows distributing a certain amount of torque to each of the back wheels (up to 1,800 Nm) with the consequent gain in both tension and career driving in difficult circumstances.

All details for the wheels

Thus, slowing or speeding individually and fully automatically, both the inner and outer wheel, solves the typical problems of oversteer or understeer that occur in this type of vehicle with AWD (All-Wheel Drive).

Besides these two systems the X6 also has provided:

–           activates some of the airbags and strains the seat belts while numerous sensors detect if a collision and inevitable are nearby, etc.

As for the equipment, the X6 comes very well equipped as standard from the factory and its main options include the Adaptive Drive. This encompasses the EDC (Electronic Suspension Control) and Dynamic Drive (Active Stabilization System). These two are worth a total of 4,056 extra euros. As for the extras, as far as entertainment is concerned, greatly emphasizes an impressive team of 16 audio Hi-Fi speakers with a 600 watt amplifier for 1,591 euros. The tires are standard 19-inch ones.

The BMW X6 is made solely on the land that the German company has in Spartanburg (South Carolina, United States), from where it is being exported all over the world.